The handset is capable of 3,00,000 folding cycles making durability a non issue. 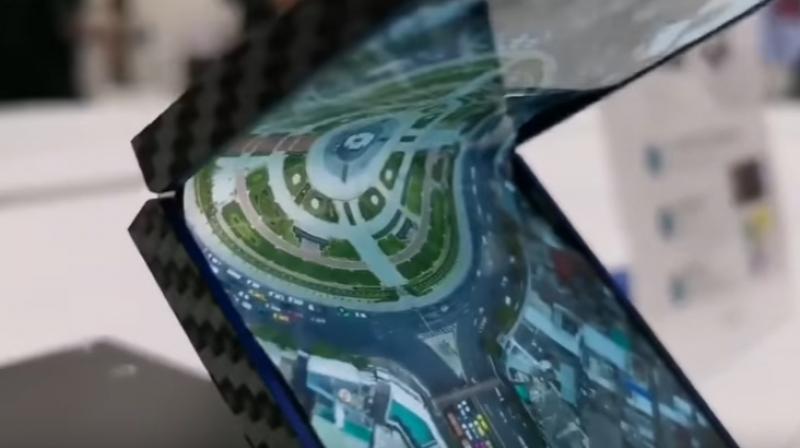 Earlier this year Sharp patented a vertically folding smartphone and now, we get a first look at the device in action. The 6.18-inch display smartphone corresponds to the patent filed and since it folds vertically, it is different from the Huawei Mate X and the Samsung Galaxy Fold.

As per a report by GSMArena, the vertically folding phone’s display measures 6.18-inches and boasts a resolution of 1440 x 3040 pixels. It comes with a large notch and folds right in the middle. Sharp claims that it has been tested for durability as it can withstand up to 3,00,000 folding cycles. Sharp claims that there will be a heavy demand for such a device as it would excel where other such handsets aren't so successful — portability.

The report goes on to claim that Sharp seeks to commercialise this form factor in a few years. With a similar folding mechanism like the Motorola foldable phone, the Sharp folding smartphone aims to capture the market ahead of the Lenovo-owned brand.