The technology is troublesome to implement in any meaningful way, and Samsung is dropping it, at least for now. 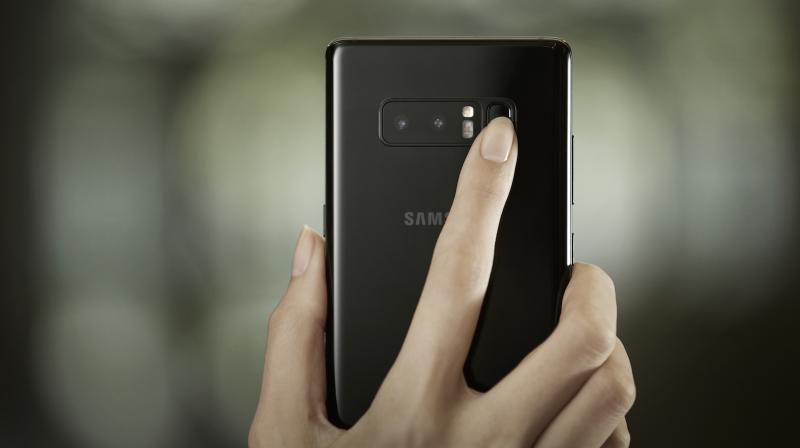 Samsung's current implimentation of fingerprint scanner is been criticised for its position- Photo: Samsung Galaxy Note8

It’s no secret that Samsung is hard at work to develop an In-Display fingerprint scanner. Initially, this new type of sensor should have been available in the previous generations starting with Galaxy Note 7, but the integration of such a sensor was delayed. Guess it was more difficult than they expected.

The new technology was to be developed by a company named Synaptics, and you might have heard about them before because they are the ones responsible for the touch-pads on many laptops. But Synaptics despite repeated attempts has not been able to create a viable solution that satisfactorily meets Samsung’s expectations.

The reason to deploy such a mechanism was obvious. With the advent of edge to edge displays, space has become a premium, and a fingerprint scanner that works through the screen would have been important to save space.

However, According to a report from Softpedia — Samsung will not use a fingerprint scanner under the display for the new Galaxy S9. The technology is troublesome to implement in any meaningful way, and Samsung is dropping it, at least for now.

But it doesn’t mean that Samsung is not losing the fingerprint scanner altogether like Apple. The new Samsung Galaxy S9 will have it on the back, along with a more advanced facial recognition.

Furthermore, it’s safe to assume that Samsung didn’t just invest so much time and energy in this new technology only to abandon it. Most likely, the company will attempt to implement it in the Galaxy Note 9 that is scheduled for the end of 2018.

We can now only hope that the location of the fingerprint sensor, on the back of Galaxy S8, will be much better than the previous generation, which was criticized for the terrible decision of choosing to place it near the back camera and to the side.