The Realme 5 Pro is powered by the brand-new Snapdragon 712 AIE (Artificial Intelligence Engine). 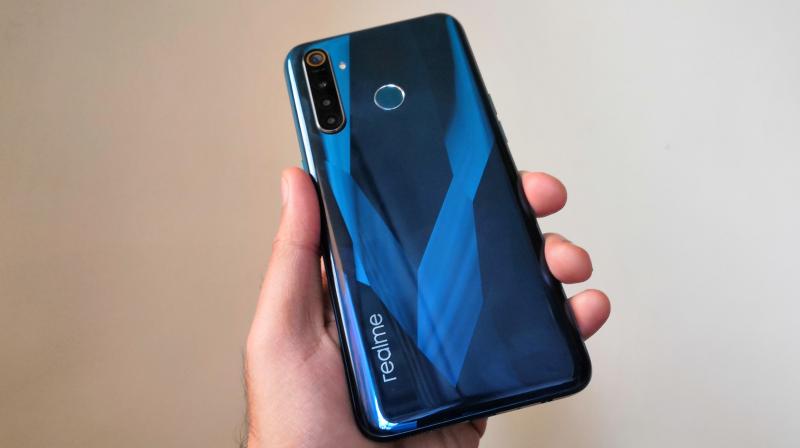 This has to be one of the hottest looking devices out there coming at this price point.
Rating:

For a company that was established 15 months ago, Realme has delivered quite drastically in the country. After back-to-back phone launches in the past couple of months – their first flagship wonder Realme X, then a budget Realme 3i and now the Realme 5 and 5 Pro and very soon the world’s first 64MP camera phone – the Realme XT! The Shenzhen-based Chinese manufacturer is doing very well at the moment and we can expect the same things in the future from the BBK Electronics’ subsidiary smartphone making company.

Today in hand, we have the brand new Realme 5 Pro and after using it for some time we are sharing our honest thoughts on the device. We also did get a chance to use its lower-end version, the Realme 5, and if you are planning on to buy the same, we suggest you read our review of the 5 Pro’s subordinate.

From the present-day smartphone industry which has set a reputation for not only high-performance based devices but also those fused with irresistible looks. And in the case of the Realme 5 Pro, it’s a huge-huge homerun! This has to be one of the hottest looking devices out there coming at this price point. 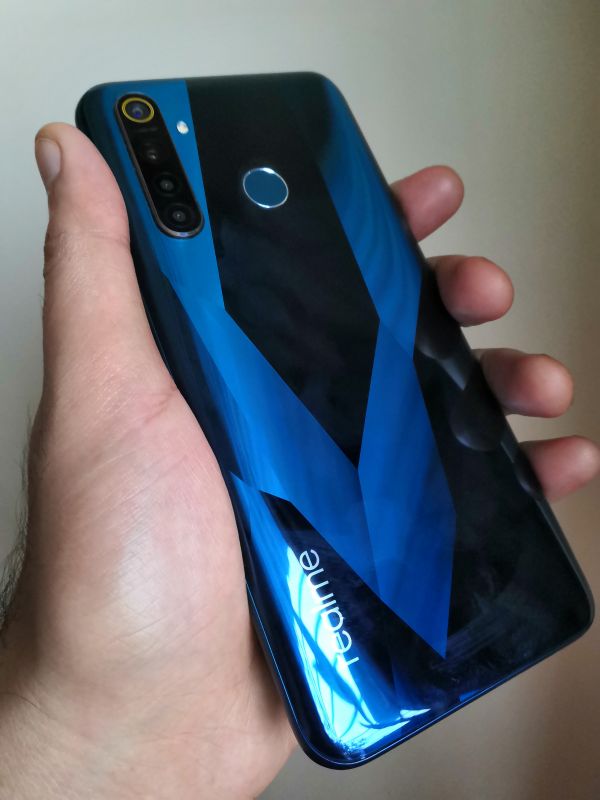 The phone’s body is made out of plastic but feels quite sturdy and tough when held. With a 2.92-inch width and the height measuring 6.18-inches, the dimensions make it really compact which makes it even easier to use the device with one hand. The phone comes in two colors – Crystal Green and Sparkling Blue and we had the one in green.

The phone has a mini-drop notch display that houses the selfie clicker and right on top of it is the earpiece. On the left-hand side is the SIM card tray and the volume buttons and to its opposite on the right, only the power key. The rear side of the device is simply magic, on its high-quality polycarbonate rear surface are the diamond-cut patterns which shimmer under light and create a unique pattern whenever held or seen from a different angle. The quad-cam setup is aligned vertically on the left side on top and the LED flash right next to it. The phone doesn’t feature an AMOLED display and hence has a fast fingerprint scanner on the backside. 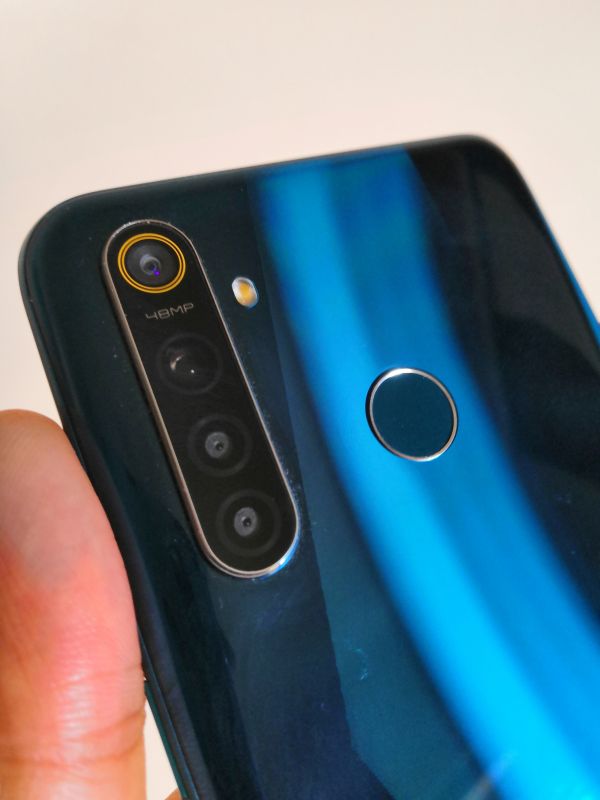 Now, talking about the device’s display capabilities, it has an LCD FHD+ 6.3-inch display in front, giving you a 91 per cent screen-to-body ratio deprived of very minimum bezels. A 60Hz screen at work here on which the maximum brightness levels can hit up to 450nits. Supporting 2340x1080 pixel resolutions emitting 16.7 million colours on an Adreno 616 GPU, the screen is perfectly viewable from all angles. Overall, the displaying performance is very satisfying and is up to the mark of best performing LCD’s. 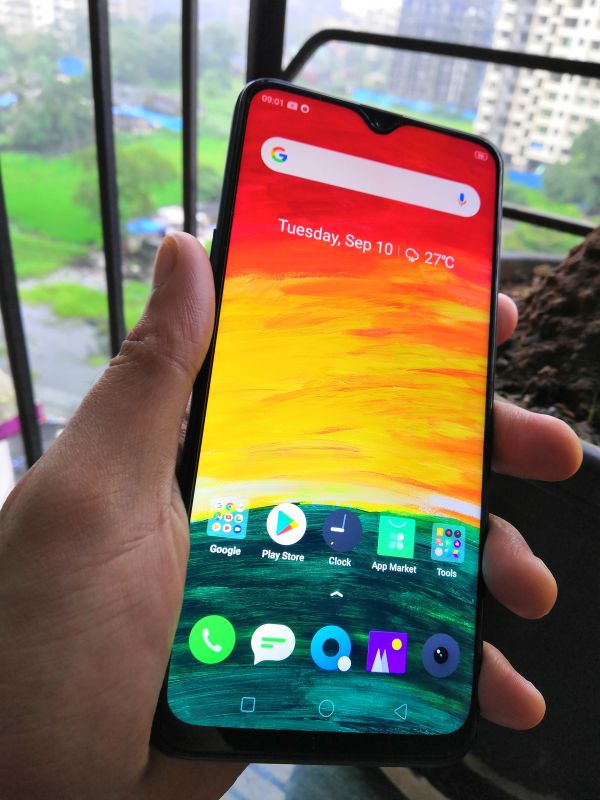 A massive 4035mAh battery to power up the phone which also comes with a VOOC Flash Charge 3.0 support. Once charged 100 per cent, the 5 Pro can get you through a day and a half smoothly with full usage. It takes a mere 25-30 minutes to charge the device up to 50 per cent and another hour and 15 minutes to fill it at its capacity of 100 per cent. On the battery front, the device sure does not disappoint you.

Although, the ColorOS 6 is not as light as compared to many of the skins out there. But, it sure is one of the smoothest if combined with a right spec'd device. And in the case here, the combination is a ‘match made in heaven.’ Not an over-exaggeration but only a suitable statement to describe our experience with the Chinese company’s OS based on Android 9 Pie.

The OS does include some pre-installed apps, but while setting up the device initially it gives you an option of choosing to install whichever apps you want or not. To navigate on its UI is quite easy and if you are making a switch from a different OS based phone, adapting to the ColorOS 6 shouldn’t be a problem. A simple stock Android like interface integrated on the device with proper captions and markings that help you to navigate through and out the OS. Not too spammy or confusing, the OS is perfect.

The Realme 5 Pro is powered by the brand-new Snapdragon 712 AIE (Artificial Intelligence Engine). The company promises a 10 per cent improvement over the previous Snapdragon 710 in the overall performance with the new 2.3GHz SoC and in our experience we found this claim to be true. And over the 710, the 712 sees a 35 per cent GPU improvement as per Qualcomm’s data on their website.

The phone is available in three different configurations – 4GB+64GB, 6GB+64GB and 8GB+128GB. In for review, we had the top variant, and the higher RAM and ROM specs do come in handy for unleashing the device to reach its fullest capabilities. After testing the device on PCMark and Geekbench 4, the device managed to score reasonably good on both the tests. The scores on both the platforms are highlighted below in the image.

The device features the popular Hyper Boost 2.0 technology and helps to play high-end games seamlessly. Apart from that, it also has the Realme Game Space which lets you customize your gaming experience on the phone.

We never noticed any lags, not while browsing content on the phone or not even while playing a game. The device is a literal beast in terms of performing aspects and doesn’t let you down when you count on it the most.

The 5 Pro is the first of the many phones to sport a quad-camera setup on the back with 48MP+8MP+2MP+2MP sensors. Responsible for shooting here is Sony’s flagship IMX 586 camera chipset. Providing a range of perspectives for shooting, the quad-cam setup on the back is made up of a wide-angle lens, a 48MP main lens, a portrait lens, and a macro lens. On the front is a 16MP selfie clicker housed inside the mini drop notch on the top in the center of the screen.

Moving on from the phone’s camera hardware, the camera UI is pretty nice and easy to understand. You can switch from different modes quickly as everything is right under the nose marked properly. Different from the same old regular modes, you get a nightscape and an ultra-macro mode here as well.

The images produced were of really good quality with very minimal cases of overexposed or blurry distorted shots. The color rendering on the images was pretty accurate as well and it actually managed to capture the same thing as it is from its lenses. Well, we were pretty confident about shooting with it in daylight, but not so much in low-light conditions. Oh boy! But we were wrong. The phone performed the same as it did in daylight conditions and managed to process some top-quality images. 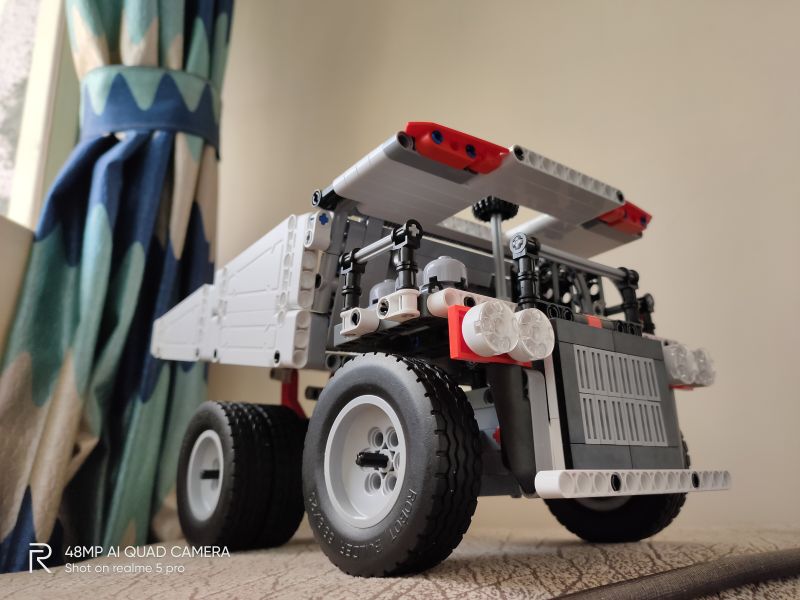 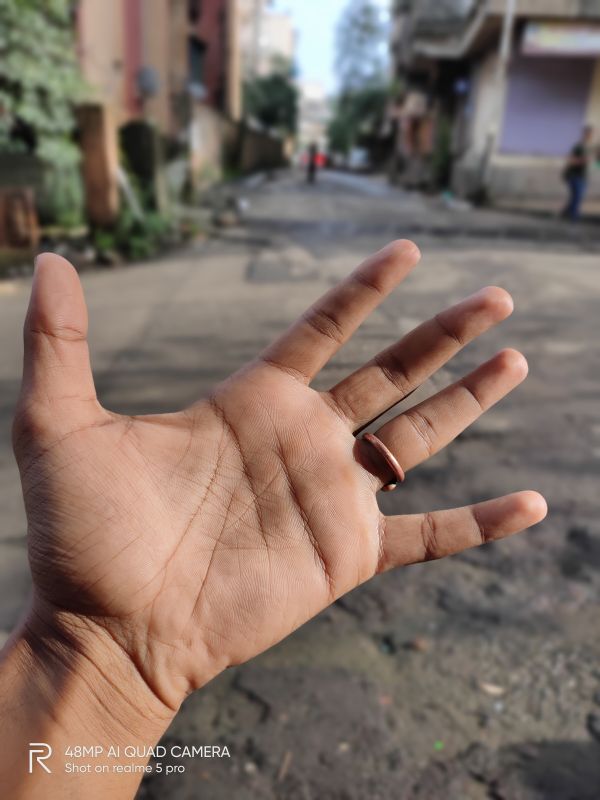 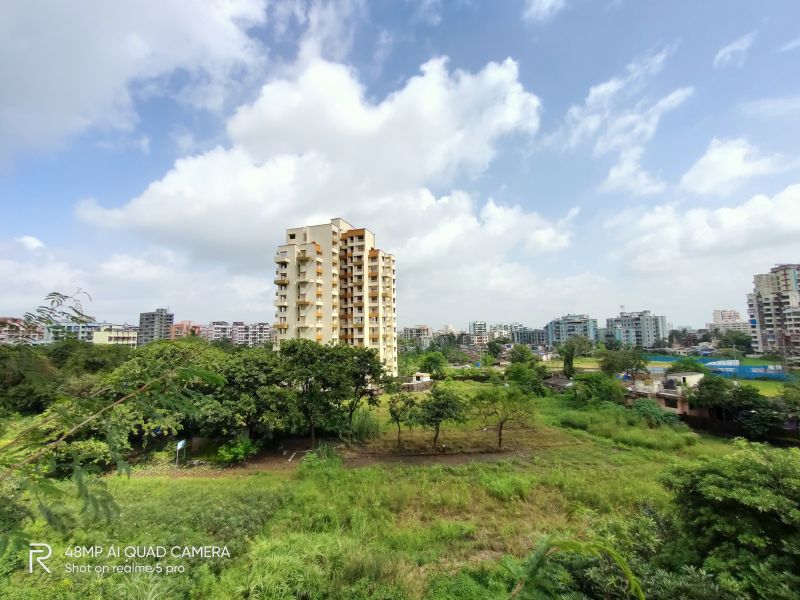 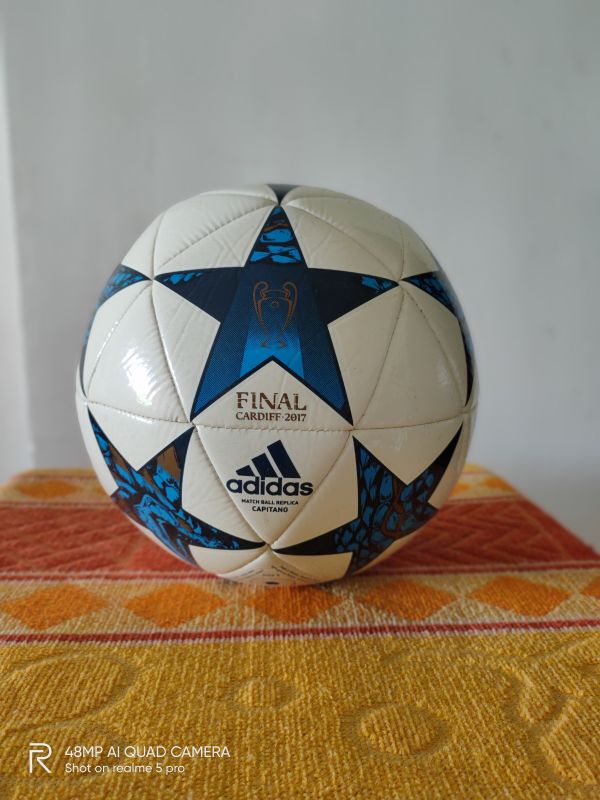 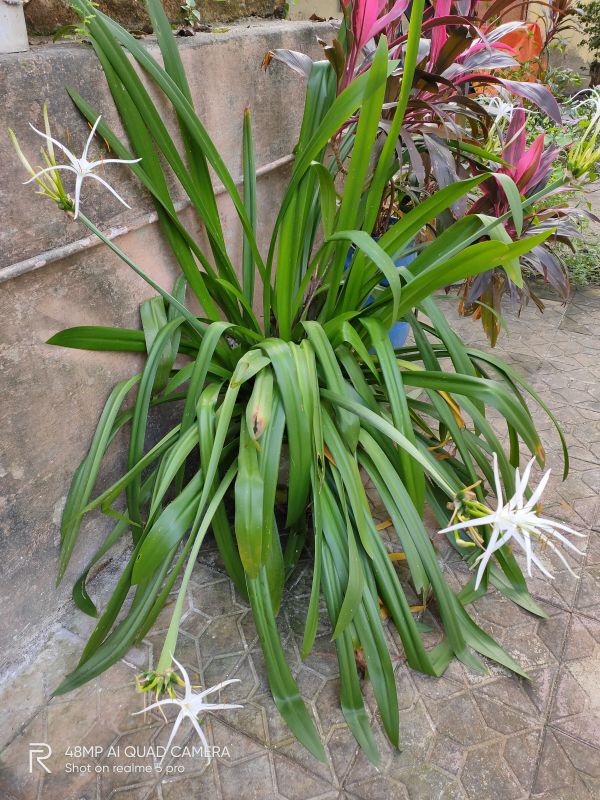 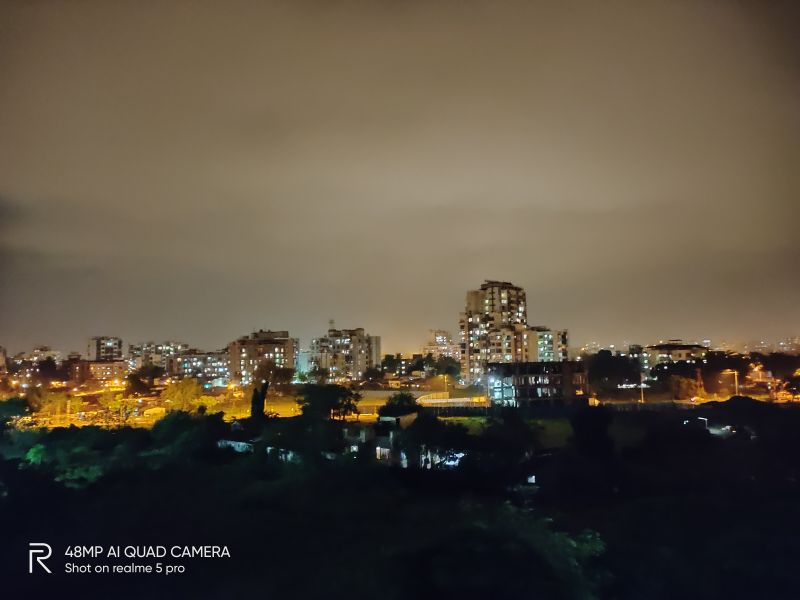 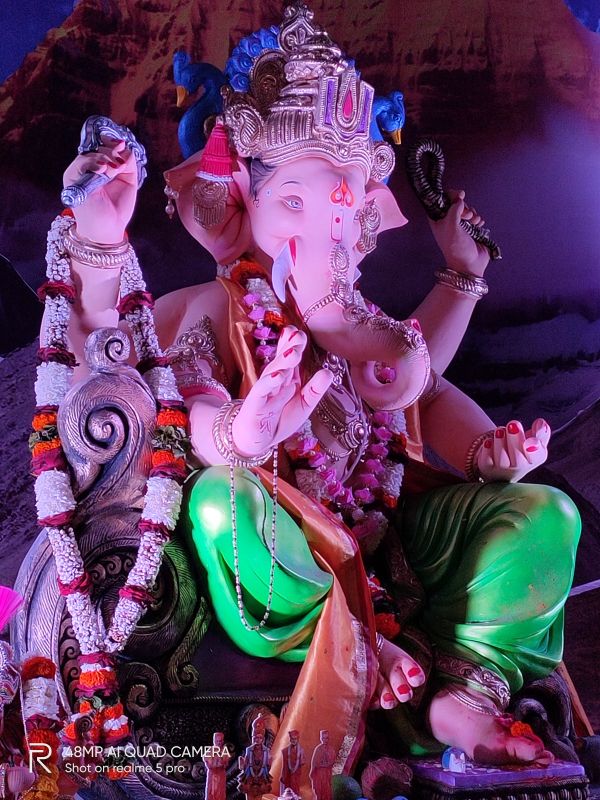 We also recommend you to keep the Chroma Boost filter on while clicking landscapes and sceneries as they enhance the images in a very good way.

The ultra-macro mode here has a fixed f2.4 aperture and it suggests you click the subject from a fixed distance of 4cm. In our experience, we found the ultra-macro mode kind of tricky here as it sometimes failed to click crisp images in different lighting conditions. As a user, you could not count on the macro lens every time. 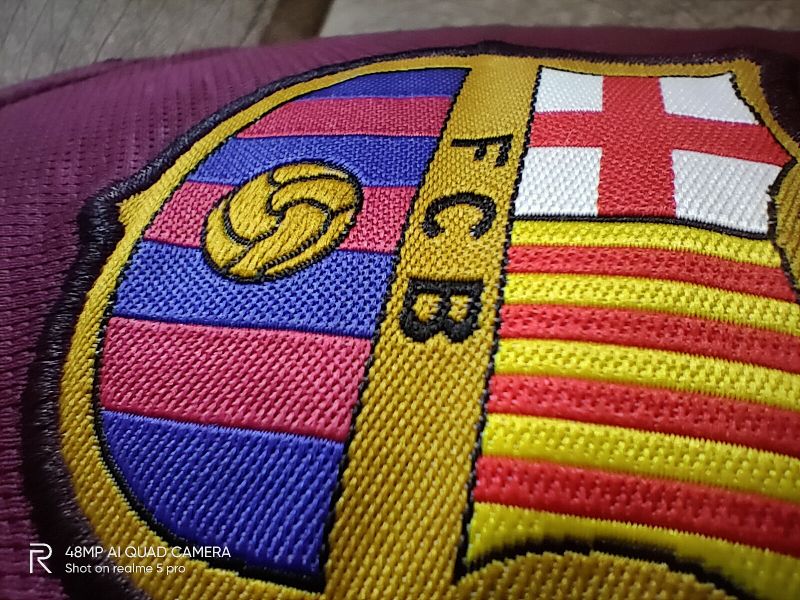 The main USP of the Realme 5 Pro is its quad-cam setup on the back combined with a Snapdragon 712 processor. While the device does not disappoint in any of the above-mentioned areas, we don’t see any reason that excludes the Realme 5 Pro from being a top pick in the mid-budget line-up.

So, if you are looking for a handset and your budget falls within the above mentioned prices, then the Realme 5 Pro will be a handset that's worth investing in.