The Samsung Galaxy A90 has leaked and finally we get an idea of how this top-of-the-line A-Series smartphone will look. 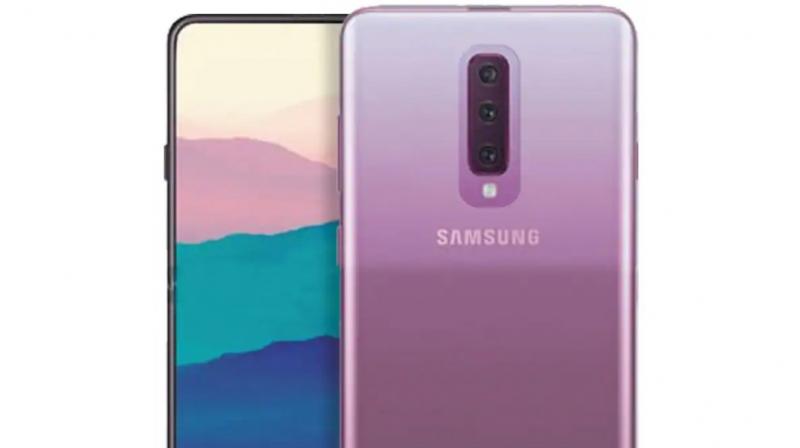 First images of the Samsung Galaxy A90 surface.

The Samsung Galaxy A90 has been in the news of late and now we finally get to see the first images of this upcoming flagship device from the brand’s A-Series. The handset sports a triple rear camera setup which comprises of a 48MP + 12MP + 5MP and reports claim it will come with Tilt OIS.

The full-screen design means that the A90 will come with a pop-up selfie camera which could probably be the dark area seen in these leaked images.

Also, being a premium device, it will come rocking an in-display fingerprint scanner which has become a staple feature on this year’s A-Series devices.