Technology   Mobiles & Tabs  11 Apr 2020  If you're not careful, you'll be sorry: 71% of phone repairs are for screen damage from poor handling
Technology, Mobiles & Tabs

If you're not careful, you'll be sorry: 71% of phone repairs are for screen damage from poor handling

Phones are indispensable during the lockdown but repair centres are not open, so handle with care or you’ll regret it 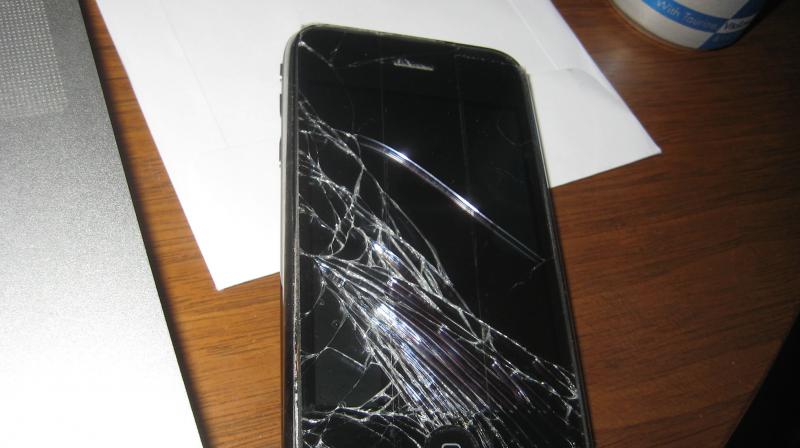 Broken screens allow dust and moisture to get inside the phone easily, which damages other components inside the device

New Delhi: Screen damage caused by lax handling of smartphones is the most common reason for which people have to run to repair centres, according to a report by after sales services firm OnsiteGo.

Installing a third party mobile application can also prove costly, the report said, as your phone could crash.

Around 71 per cent cases of mobile phone repairs are related to screen damage, followed by issues related to starting (8 per cent), device damage (6 per cent), water logging (3 per cent), software and charging (2 per cent each), the report said.

It also cautions against installation of third party applications as it can crash the smartphone due to non-compatibility with the operating system of the device.
According to the report, smartphones with thin bezels or curved screens, which also cost high, are most susceptible to damage.

"A cracked screen is unsavory to look at and it also poses danger to other parts of your phone. The crack allows the dust and moisture to get inside the phone easily, which damages other components inside the device.

"A cracked screen or damaged display is most common, and is reported to be almost 71 per cent of all issues in smartphones," the report based on the January-February repair trend said.

Motherboards are the most expensive part of a mobile phones, accounting for around 39 per cent of the device's price, followed by screens (23 per cent), camera (8 per cent), back cover (7 per cent), battery (6 per cent) and speaker or receiver (around 2 per cent), according to the report.

The average cost of repair is the highest when a phone does not get switched on. It usually means the motherboard has to be replaced.

"A bricked device (facing starting or booting issue) is reported to be 8 per cent of all issues reported in smartphones. The average repair cost for this damage is Rs 9,900," the report said.

The cost of smartphone repair varies based on the segment in which it falls, but on an average it comes to around 33 per cent of the original device price.

The average repair cost of expensive smartphones, priced above Rs 50,000, comes to about 39 per cent of the price, while it is 41 per cent for the devices priced below Rs 10,000.

Repairs related to audio, camera, speaker or receiver are less than 1 per cent of all issues that smartphone users face, according to the report.