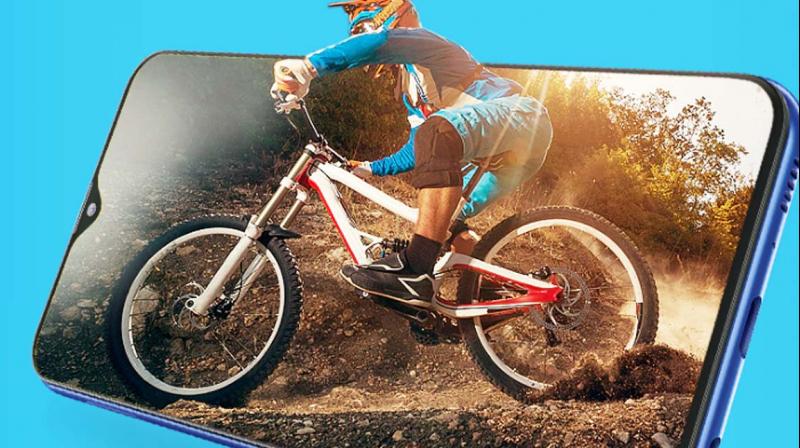 The new Samsung Galaxy M Series includes the three biggest things young millennials ask for in a smart phone -- an unconventional notch, a good selfie camera and a high-performance battery.

Especially down south, certain actors have a larger-than-life fan following. They may not do really classy roles or films with a social message. Their only aim is, in Vidya Balan's famous words, "Entertainment, entertainment and entertainment". They are paisa vasool, they are the talk of the town, and they become the flavour of the season. They are known as mass heroes.

The smartphone industry in India is as dramatic and entertaining as the film industry. There are big brands, there are upcoming brands, there are brands that quickly disappear after an appearance or two, and then there are the 'mass' brands. What we witnessed recently, was the emergence of a new mass hero, from a brand that was into lavish period dramas. Samsung hitherto an upmarket brand, has released two affordable smartphones.

The new Samsung Galaxy M Series includes the three biggest things young millennials ask for in a smartphone -- an unconventional notch, a good selfie camera and a high-performance battery. The M Series is entirely made in India and has taken feedback from Indians before launching the range. The M 20 has a 6.3-inch FHD+ display, powered by a 5000 mAh battery and an Exynos 7904 octa-core processor. It comes with a 15W charger. With a 13MP + 5MP rear camera configuration with ultra wide-angle capabilities, and an 8 MP selfie camera: the camera specs are the stuff of mid-range phones. With face unlock and fingerprint sensors, the M20 try to offer everything a young on-the-move professional would want in his/her first smartphone, at a compelling price point.