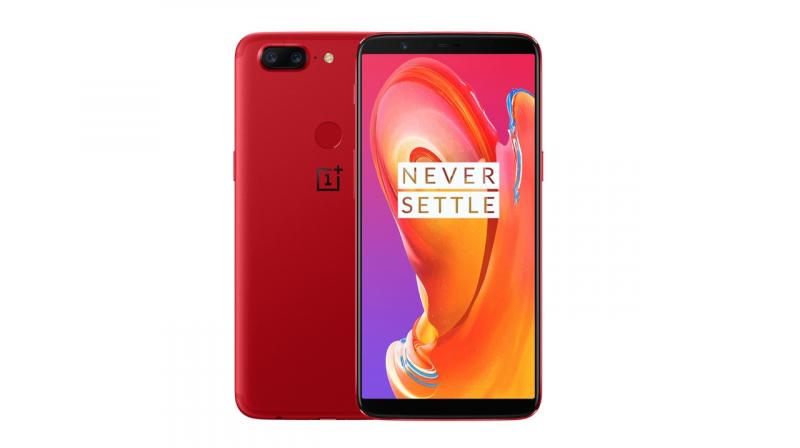 One Plus 5T teased yet another variant of their flagship model – Lava Red OnePlus 5T. On Twitter, the company has been teasing its launch date. According to the tweets, the company might be launching the new Lava Red variant on January 11th.

The company had launched different variants of the OnePlus 3T which was launched in November 2016.The Company had a special Colette Black Edition of 3T last year.

Since the launch of the first Midnight Black variant last year, this is the fourth variant of the device. Previously, OnePlus had launched the Limited Edition Star Wars OnePlus 5T (in December 2017) and the Sandstone White in January. While all the variants share the same spec sheet, the design specifically had been changed for the Star Wars and Sandstone Edition. Further, these two variants share the same Sandstone rear design, the Star Wars edition has a StarWars branding and their theme accents in the software.

Coming to the OnePlus Lava Red edition, the phone shares the design aesthetic with the Midnight Black variant. The back of this OnePlus 5T comes in red and the same red alert slider, power button as well.

On the specifications front, it showcases a 6.01-inch AMOLED 18:9 display, 8GB of RAM and 128GB of storage, 16MP dual cameras at the rear. For the full specifications and device performance, checkout our full review here. OnePlus 5T starts at Rs 32,999 for the 6GB variant and Rs 37,999 for the 8GB variant.