If these should be your parameters, then by all means go and splurge on this phone 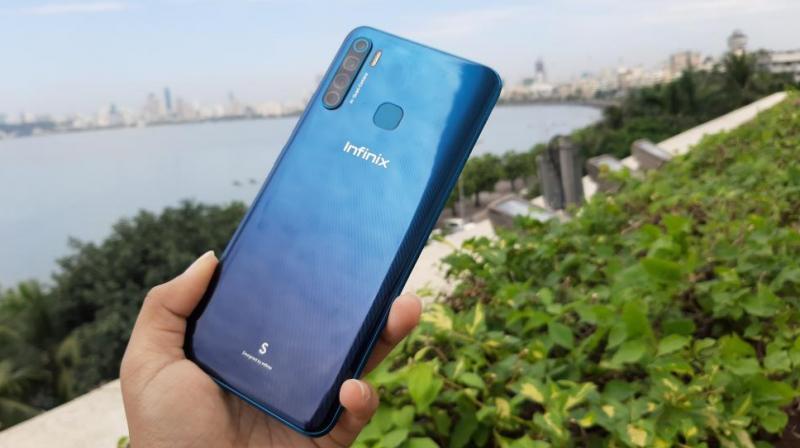 The Infinix S5 is sturdily and almost stylishly built.
Rating:

The Infinix S5 was launched early last month in India, with glowing specifications promising ‘an ideal combination of innovation and affordability’. The Transsion group, that leads Infinix with other sister brands, promoted the phone as a first in its price range to wield a pinhole camera. It also became one of the cheapest phones to have a pinhole (technically known as punch hole camera) with 32 MP resolution.

But Infinix also made a lot of statements on the phone’s ‘premium-body feel’, ‘high-quality visual treat’ and ‘crystal clear photographs even in low lighting conditions’. So, we reviewed the Infinix S5 and here’s what we’ve thought about it.

The Infinix S5 is sturdily and almost stylishly built. The Cyan and Black coloured body, the one we received, has a gradient, patterned rear. Thus, despite being in vogue with a glossy, reflective phone back panel as is the trend right now, the patterns ensued that the notorious fingerprint smudges didn’t ever look like an eyesore, prominently flashing themselves for you to catch them with your eye.

The back has a fingerprint sensor too, for security purposes and then very close to it is the rear panel for a quad-camera set up with 4 LED flashlights as well.

At the front, the phone extends a good, long 6.6-inches and has a 90 per cent screen-to-body ratio. Which is good, as the phone has a pinhole front camera, becoming a first for an under 10K smartphone. Something Infinix gloated over well and thoroughly during promotions. 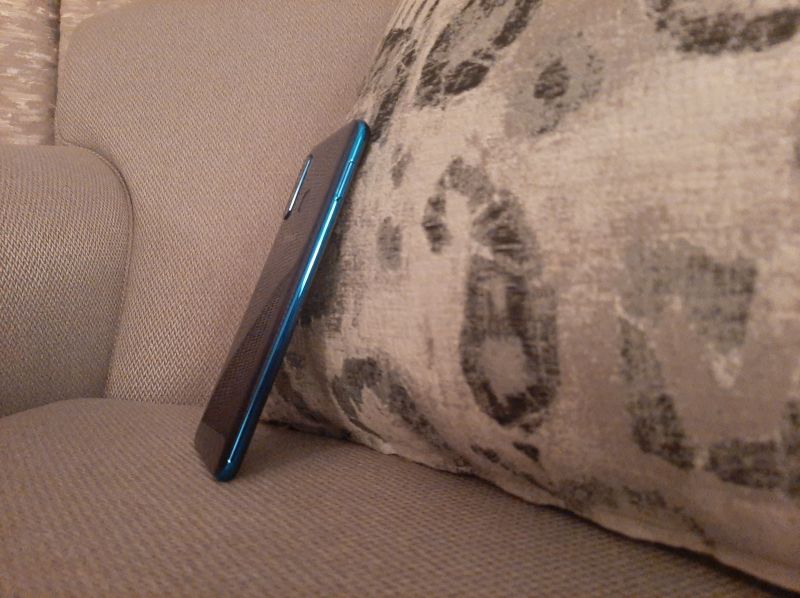 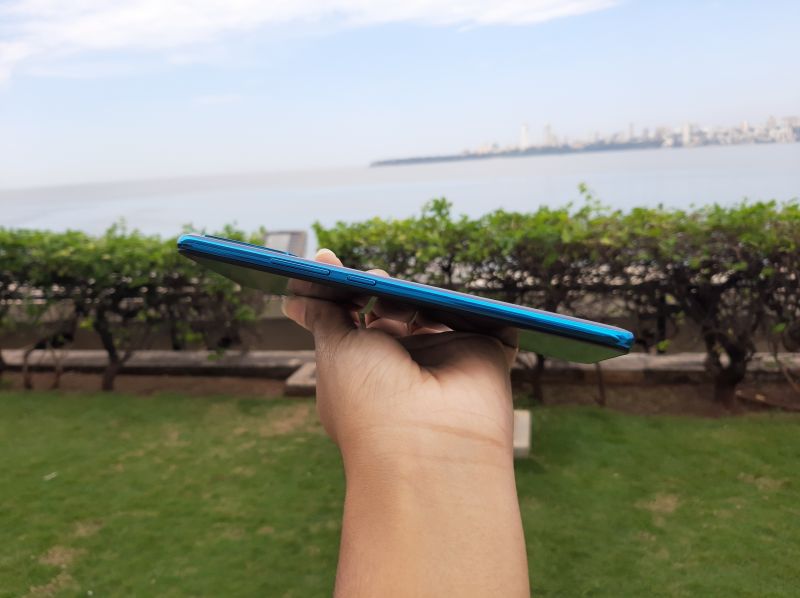 The rest of the body wields a speaker grille, a Micro USB port and a 3.5mm headphone jack at the bottom, power and a volume button on the right-hand side and a SIM tray on the left. While leaving you with a more immersive display, the phone’s pinhole camera sacrifices selfies in dim light with the lack of a flashlight. But, more on that later.

The display of the phone, by resolution, was 720 x 1600 and in reality, was quite good. During movie streaming, there were contrast and sharpness variations which were displeasing to the eye. But otherwise, in terms of colour reproduction, it was fine. 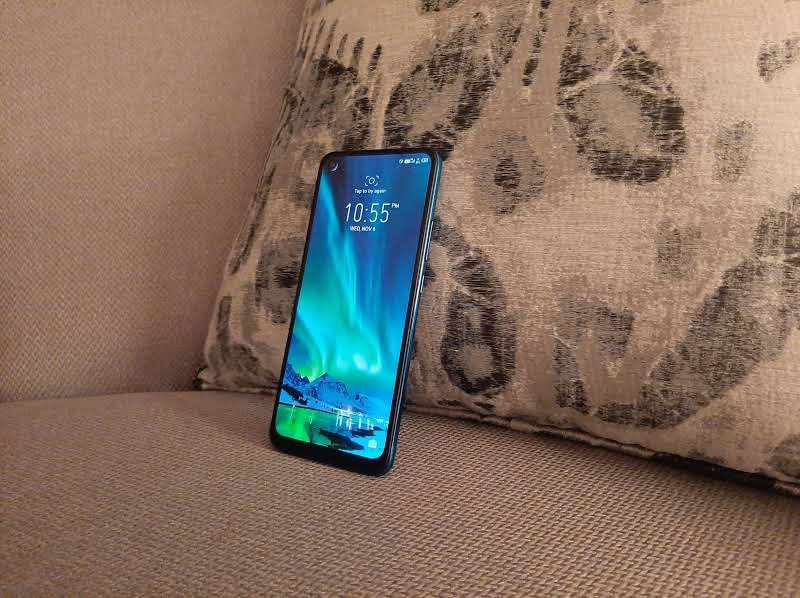 We did, however, find a lack of ambient sensors though. Picture viewings in different lighting conditions as well as angles varied as conditions varied but were not complementary. So we would recommend Infinix to work on that.

The phone’s exceeded our expectations for a budget smartphone. At the back, a quad-camera configuration with a 16 MP primary camera, 2MP telephoto, 2MP depth sensor and then a macro lens lets you play around with as many depths and effects you’d like. So, there’s additional support for a bokeh, beauty and an AR filer mode, but of course, these are apart from and in addition to features that let you click wide-angle photos, macro shots, and panorama. Unfortunately, the phone does not provide a pro mode. Last shortcoming, low light photographs on the phone were poor however we’re not complaining as the phone provides very well for a device at this price. 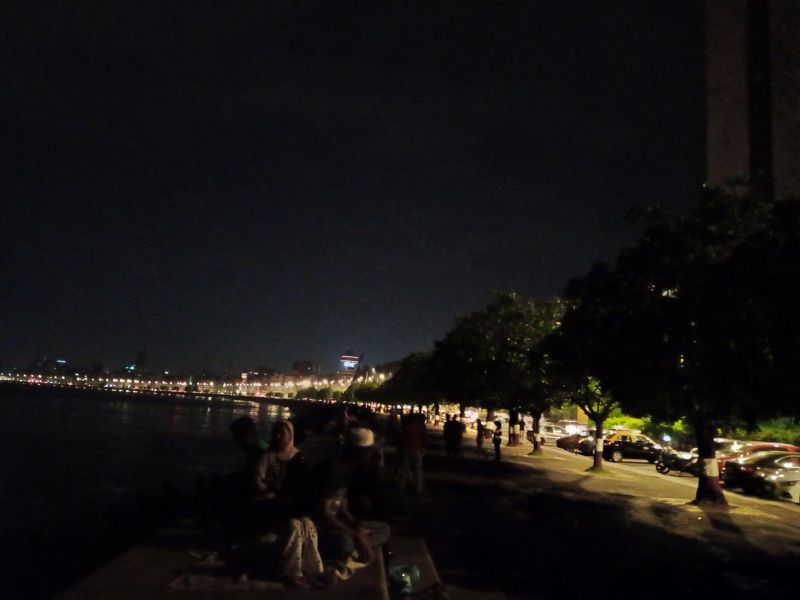 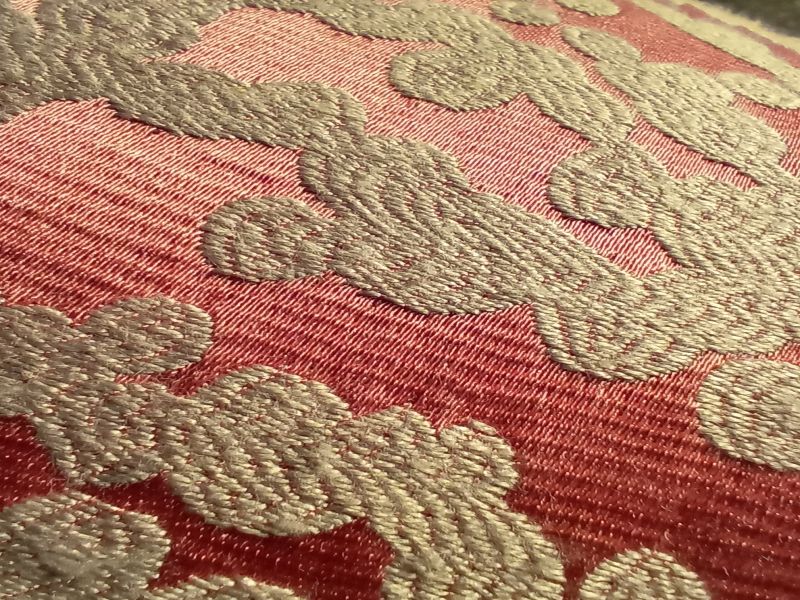 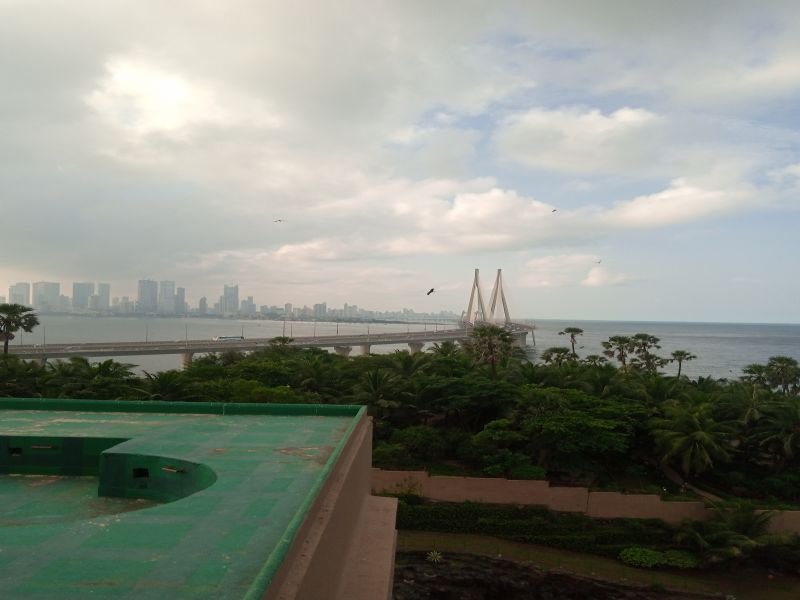 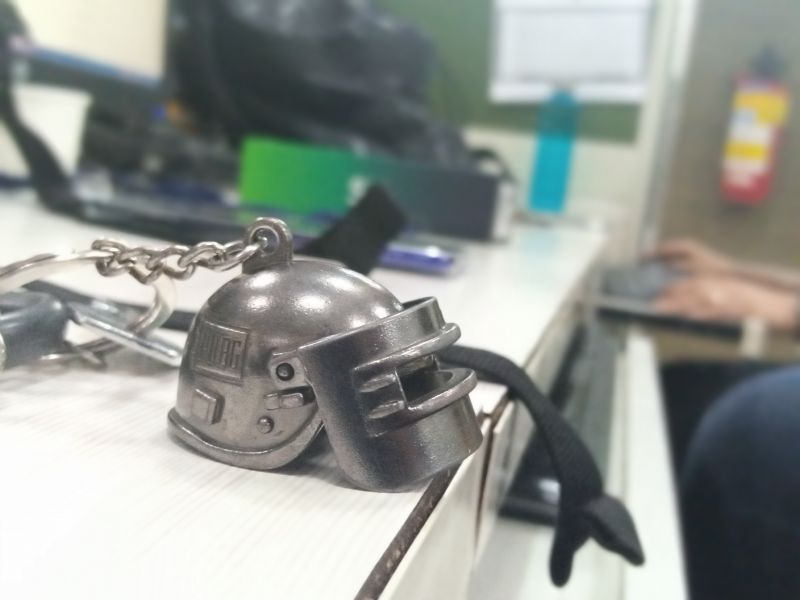 If the rear camera exceeded our expectations, the front camera had blown our minds. A 32MP shooter, in a punch hole setting, it is supported by a beauty, AR shot, wide selfie and even an excellent portrait mode. 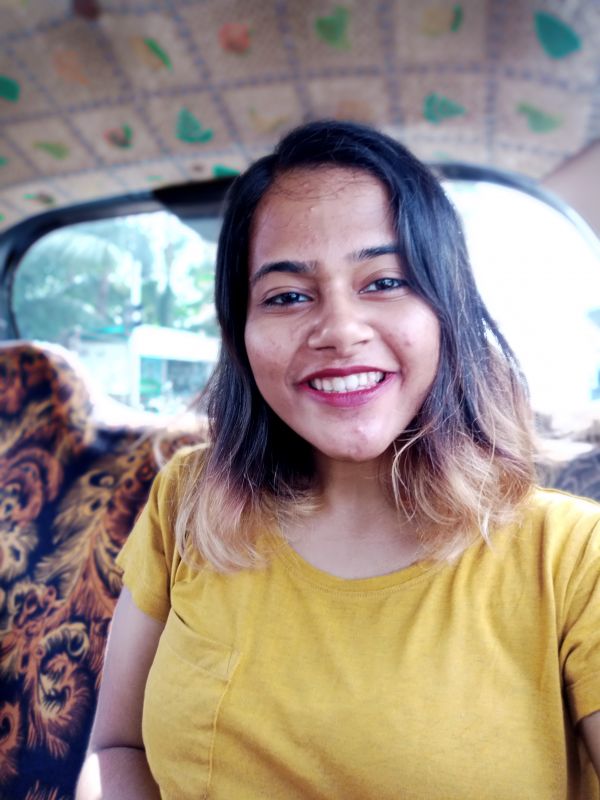 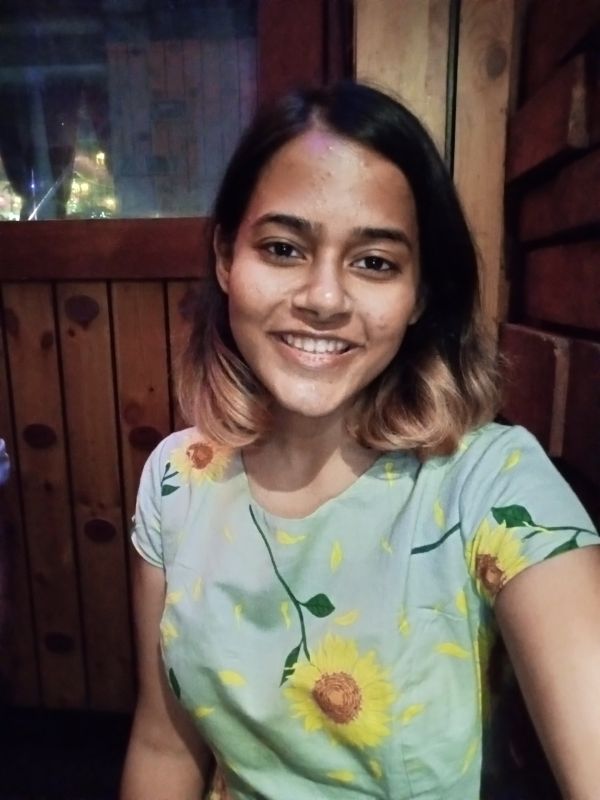 Although, as we’d previously mentioned, the camera compromises on a flash for the punch-hole display, low light selfies on this were still in crisp detail. So, never mind the concessions.

The phone runs on Infinix’s custom XOS 5 Cheetah skin, on top of Android 9 Pie out of the box. This gave the phone a host of features, but with a slightly cluttered looking UI especially on the main menu when set to its default as well as the smartphones’ notification bar.

But otherwise, there’s so much more that an average user could take complete advantage of. The Cheetah User Interface has included a phone manager app, which lets you manage your phones’ RAM, battery, storage and even more in one place. When we tried it, while it didn’t really seem to boost performance there were definitely storage and battery efficiencies that it did improve. There’s also a ‘separate app called ‘Carl Care’ app for addressing repair or technical problems with the phone in case you often handle handsets with butterfingers.

It is potentially a very easy to use UI, with gestures, different usage modes, scheduled power-offs and the like. They also have a separate game mode for boosting RAM usage and decreasing disturbances, while at it. The phone, however, is not built for heavy functions.

However, there still were some let downs.

The phone does not have the ability to close all background apps together by a single button. Instead at the point where most ‘close all’ or such tabs are, you can tap to optimize your RAM usage. Last but not least, was a problem with the keyboard, specifically Infinix’s custom Kika Keyboard I had to use. Typing on it often got tiresome, with the keys placed too close together and auto-correct suggestions being quite off the mark.

The battery life on this phone is pretty good, considering that it is powered by a 4000mAh lithium-ion cell. It could run almost two days with its regular functions and even an occasional hotspot usage. However, this is very indebted to its software particularly a battery managing and otherwise, ‘Phone manager’ application.

Not only this there is also fast charging support through the app, letting it recharge in under 2 hours from 0 to full capacity and also reminding, you in case the hours lapse and you have forgotten to disconnect its charging cable.

However, in case you’re looking at long hours of travel and need some basic energy conservation for your smartphone you can even choose to do so, on a scale from 1 to 100 per cent of optimization.

Priced at Rs 8,999 the Infinix S5 does well when standing on its own; however, compared to others at Rs 9,000 such as the Redmi 8 the phone falls quite short on its processor and battery capabilities. But, reasons to buy this phone remain, it beats every other competitor on its display and camera hardware.

If these should be your parameters, then by all means go and splurge on this phone as it beats the competitors by a considerable margin.