CamSoda has come up with a condom for Amazon’s voice assistant to keep your conversations private. 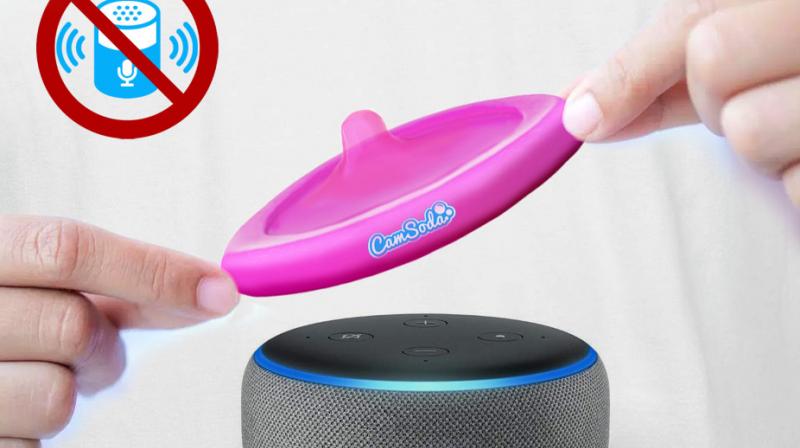 , CamSoda has invented a VAB (Virtual Assistant Blocker) that has the appearance of a condom, tip and all.

Smart home devices have become a commonplace and with every passing year, more and more people are adopting this technology. However, while they are beneficial in making our lives easier, products from Google, Apple and Amazon are always listening to our conversations and intimate moments.

Amazon’s Alexa has been the subject of a lot of attention in recent times with the Echo devices apparently listening to us always. There are ways in which we can limit its access and retain our privacy to an extent by modifying its settings. Or you can purchase a condom for Alexa that will keep its microphone cloaked during your most private of times.

Daryn Parker, VP, CamSoda said, “The rise of AI-powered virtual assistants poses a threat to our privacy. While the always-on, always-listening devices that we use throughout our daily lives are convenient, they come at a price. When do we talk to them, who is really listening? There has been a growing concern that there are people on the other end of our Alexa’s, recording our conversations and listening in to them. Here at CamSoda, we value the privacy of our users and want to better protect them from prying eyes and ears – especially while they are having sex."

In the past, there have been certain attempts to silence smart home products with ancillary devices and this isn’t the first time such a product has been invented. There was the Hearmuffs, which failed spectacularly as there wasn’t any website for it. Also, an individual made a 3D printed Raspberry Pi device for his Google Home speaker that allowed him enhanced controls over features and privacy options. However, there was nothing else that actually managed to create a buzz in the market.

This isn’t to say that the VAB will be a success; however, it is made in ways that will envelop an Alexa device to silence it. It has a silicone outer that helps with the condom appearance but when it comes to actual functionality, this VAB is all business as it encompasses the microphone array of the speaker. As per a report by Forbes, “NRR Rated 35 soundproofing material muffles the microphone. If you aren't familiar with NRR (Noise Reduction Rating), a 35 is basically stuffing the highest-rated earplugs inside the highest-rated earmuffs.”

This isn’t a Faraday Cage; instead, it is a very powerful noise reduction device. CamSoda will be selling these condoms for Alexa for USD 24.99 and they will be making one for Google Home and other smart speakers.

Forbes adds, “Sure, it's a manual way to silence your Alexa, but there are some moments in your private life that you don't even want to Instagram, much less allow Alexa to hear.”