The Nokia Daredevil could debut as the Nokia 5.2 with high-end features. 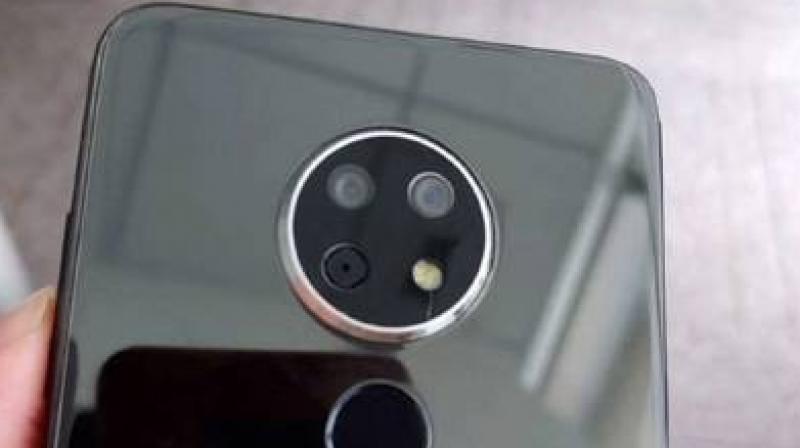 Nokia will be looking to add some high-end features in its 5-Series handsets and with the Nokia 5.2, this looks to be the case.

Over the last couple of days, the Nokia Daredevil has been doing the rounds on the internet. Now there are a few additional features available along with the smartphone’s branding. As per various reports, HMD Global will debut a Nokia handset with premium features such as a 48MP rear snapper that will be a part of a triple camera setup housed in a unique circular module.

This handset has been doing the rounds by its codename Daredevil and as per the leaked images, it will come with a glossy rear panel that has a mirror finish making for an attractive looking handset. Also, on the back, we find a rear-mounted fingerprint sensor while the front features a waterdrop notch. The main feature of this smartphone is the 48MP camera and it is tipped to come with a wide-angle camera as well. Lastly, the handset is said to be powered by a Snapdragon 660 SoC and could make its debut in India as the Nokia 5.2.

The report from GSMArena states that Nokia will be looking to add some high-end features in its 5-Series handsets and with the Nokia 5.2, this looks to be the case. The said features are tipped to be Zeiss optics, PureDisplay, and OZO Audio and it as per the report “it all starts to fit perfectly.”

The report goes on to state, “Since last year's Nokia 4-series replaced the Nokia 5.1 to some extent, the Nokia 5 should move up the tier ladder. Expect specs somewhere along the line of FHD+ screen, Snapdragon 660, the 48MP main camera on the back with Zeiss optics, another ultra wide-angle lens and a 3,500 mAh battery powering it all.”

As per a related report, the Nokia Daredevil has been spotted on Baidu and shows a handset with a black rear and a circular camera module. From the leaked images we can see a triple-rear camera setup that sits above the fingerprint scanner. The waterdrop notch sits above the display that appears to be showcasing a stock version of Android One.

As per a report by NDTV Gadgets, an image showcasing EXIF data suggests the handset will sport a 48MP camera with an F/1.8 aperture. Also, the leaked data shows the handset sporting a screen resolution of 1080 x 2340 pixels and a density of 410ppi. The handset will come with a 3500mAh battery and as of now, there is no information on fast charging support.