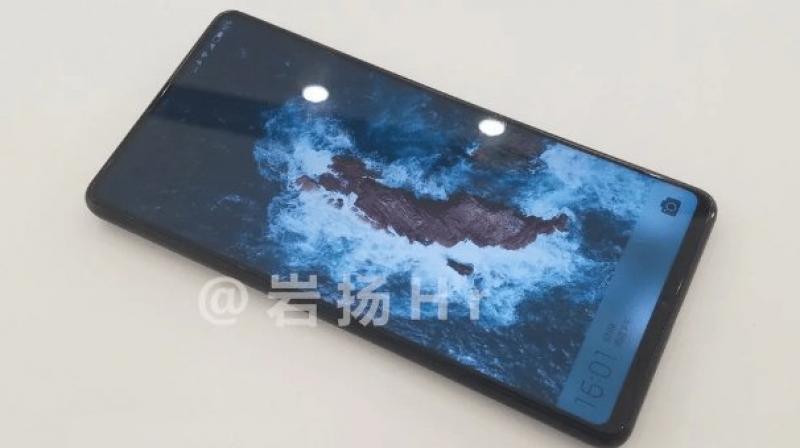 On the web today, a leak isn’t a leak anymore (primarily in the emerging technology field). Usually, the companies tend to reveal the details or specs of any product on the day of launch or they might tease a glimpse of the product few weeks/days prior to the launch. But, in today’s leaks/renders tend to change it another way around, all the details of the product including how the device looks can now be known ahead of the company’s announcement through leaks/renders, thanks to the internet.

As creepy as it sounds ahead Xiaomi’s Mi MIX 2S launch event scheduled on 27th this month, there have several leaks/renders already including all the specifications and how the device tends to look. The company, however, has been teasing features of the 2S, which include dual camera setup with AI capabilities, benchmarks and fast charging.
According to GizChina, a new renders of the Xiaomi Mi MIX 2S has been surfaced online, the renders show dual camera set up mounted on the back similar to the ones on the company’s recently launched Redmi Note 5 Pro. We can also see a glossy glass finish identical to the previous Mi MIX 2 to support wireless charging as teased by the company’s teaser image. This phone is equipped with Qualcomm’s latest Snapdragon 845 SoC, which the company announced earlier on Twitter.

In addition to these reports, new renders have been come up on the web lately including a video which gives us a glance at the same phone’s front design. As far as the leaks are concerned these suggest narrower bezels compared to earlier MIX. Despite these many numbers of leaks, we are still unclear about the front camera placement whether it is going to be mounted on the top or at the bottom.

On the specifications front, along with the Snapdragon processor, the Mi MIX 2S might feature 6.01-inch Full HD display (narrowed bezels, almost looks like no-bezel display) with 18:9 aspect ratio, 6 or 8GB of RAM and 128/256GB of storage. After a bunch of these speculations and rumours, would you still wait for the launch date (27th March 2018) to know more about the phone or would you believe these rumours and move on already.