The leak shows a higher screen-to-body ratio and a dual rear camera setup. 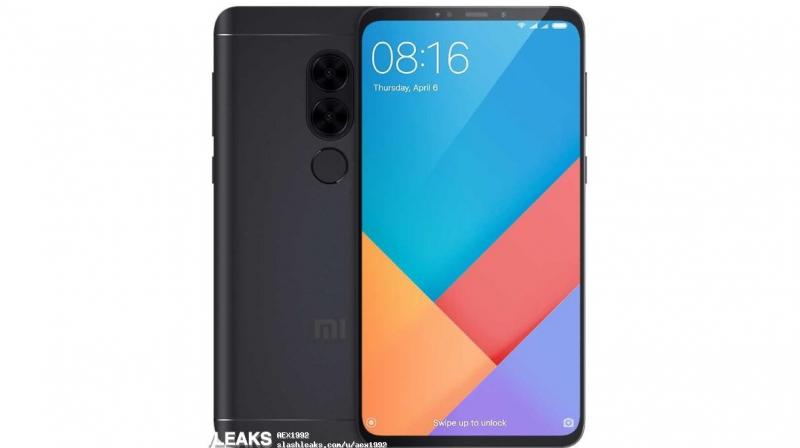 The leaked photo shows that the Redmi Note 5 will have negligible bezels to the side and slim lips on the top as well as bottom of the smartphone.

With 2018 getting off to an exciting start in the world of gadgets — courtesy CES 2018, leaks and rumours of flagship phones have started raining heavily. The Samsung Galaxy S9 is currently leading the leak hype but a surprise name amongst the top models includes Xiaomi’s next expected midrange champion — the Redmi Note 5. A few days ago, we were teased with the information that the Redmi Note 5 will exist with an upgraded front fascia of the Redmi 5 plus. However, a new leak from a believable source might bump our expectations a bit more.

If we are to believe Slashleaks’s report, the Redmi Note 5 will come with a very narrow-bezel display that might get close the screen-to-body ratio of the Mi MIX 2. The leaked photo shows that the Redmi Note 5 will have negligible bezels to the side and slim lips on the top as well as bottom of the smartphone. The speaker, camera and the sensors will reside in the conventional position on the top. The display also has large rounded edges, which is probably the biggest curved edges we have ever seen on a smartphone.

To the back, there’s a familiar Redmi Note 4 vibe, except for the camera module which houses two sensors instead of one. The fingerprint sensor also shifts slightly down, making way for the sensors.

While this may seem hard to believe, considering a flagship-class design for a budget smartphone, the fact that it comes from Slashleaks gives us some hopes for a more premium looking midrange smartphone in a market crowded with pale smartphone designs. The Redmi Note 5 is expected to house the yet-to-be-launched Snapdragon 632 chipset and a dual camer asetup similar to Mi A1.