Vivo's first smartphone with in-display fingerprint scanner is said to launch in the first half of this year. 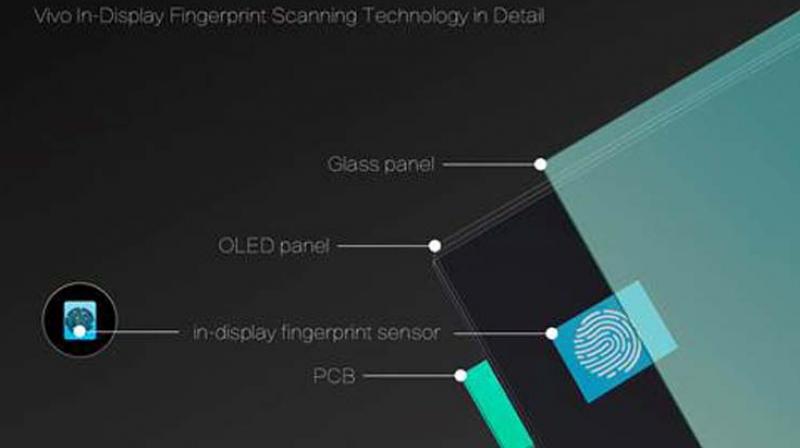 Smartphone maker Vivo showcased the world's first smartphone that boasts an in-display fingerprint scanner provided by Synaptics. The smartphone is said to launch in the first half of this year.

The company said that the display was ready for mass production and demonstrated how users would be able to unlock the handset.

Synaptics in 2017 said that it had entered mass manufacturing with its optical in-display fingerprint sensors dubbed as Clear ID. Also, a top five OEM will get its first batch of sensors.

"With our efforts in extensive consumer research and long-term R&D investment, Vivo is well positioned to pioneer the development of fingerprint scanning technology. We first presented a prototype of our fingerprint scanning solution at MWC Shanghai 2017 based on an ultrasonic sensor, and have remained committed to realizing our vision for future smartphones," said Alex Feng, Senior Vice President of Vivo. "Today's showcase of a ready-to-produce in-display fingerprint scanning smartphone featuring an optical fingerprint sensor is a big leap forward in bringing consumers this long-awaited, futuristic mobile experience. We are very excited to make it available to consumers soon."

Besides, if reports are to be believed Doogee is also said to be working on an in-display fingerprint scanner smartphone dubbed as Doogee V. Also, the handset seems to be inspired by Apple, as per leaked images. The phone is also said to sport iPhone X-esque notch on the top.