The Nokia 6.1 smartphone has received a massive price drop allowing you to purchase it at 50 per cent off. 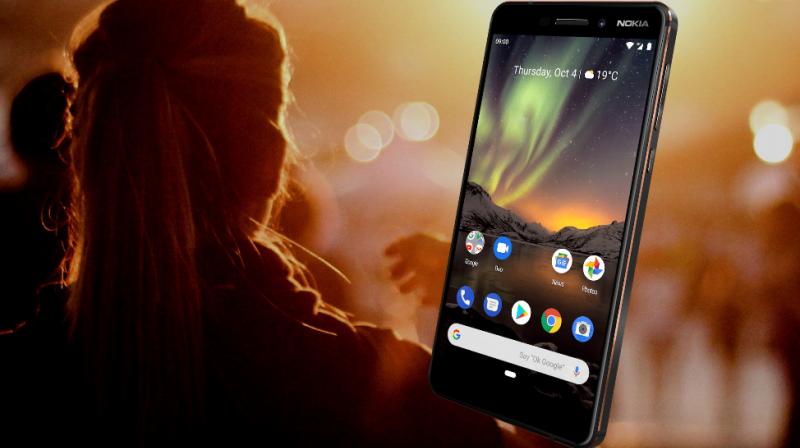 The Nokia 6.1 debuted in India at a staggering price of Rs 20,095 for the 4GB/64GB version and while the cost did put off potential consumers, the handset did excellent in terms of sales.

It’s that time of the year again where brands slash prices of its products to make way for newer ones. This time around, HMD Global has slashed the price of the Nokia 6.1 in India, allowing you to get a taste of Android the way Google intended. The Nokia 6.1 is available for purchase at a budget-friendly price of Rs 9,999 for the 4GB/64GB model while the 3GB/32GB variant is priced even lower at Rs 6,999. With these new prices, HMD is offering users to witness the sweet taste of Android One at a never before seen price.

The Nokia 6.1 debuted in India at a staggering price of Rs 20,095 for the 4GB/64GB version and while the cost did put off potential consumers, the handset did excellent in terms of sales. The 3GB/32GB option was priced at Rs 17,979 at launch so offering it at Rs 6,999 is an absolute bargain.

In terms of design and specifications, the Nokia 6.1 ticks all the right boxes. The handset is fitted with a solid block of aluminium that checks durability that can be taken anywhere without the fear of it getting ruined. Nokia states that it is built like a tank and the 6.1 has the strength that you can depend on.

Released just over a year ago, the Nokia 6.1 comes running Android 8.1 that’s upgradable to the latest Android 9.0 Pie. It features a 5.5-inch IPS LCD display that sports a resolution of 1080 x 1920 pixels. It has Gorilla Glass 3 protection and an impressive 82.6 per cent screen-to-body ratio. Under the hood, there is a Snapdragon 630 SoC that’s paired with either 3GB or 4GB of RAM alongside 32GB or 64GB of storage.

As far as optics are concerned, there is a 16MP rear camera with an F/2.0 aperture and a dual-tone LED flash. Up front, there is an 8MP sensor that’s capable of FHD recording at 30fps. Lastly, it is fitted with a 3000mAh battery that supports 18W fast charging wherein you get 50 per cent battery in just 30 minutes.