The entire specification list of the upcoming Sony Xperia XZ3 has leaked, dual-camera setup similar to the Xperia XZ2 Premium. 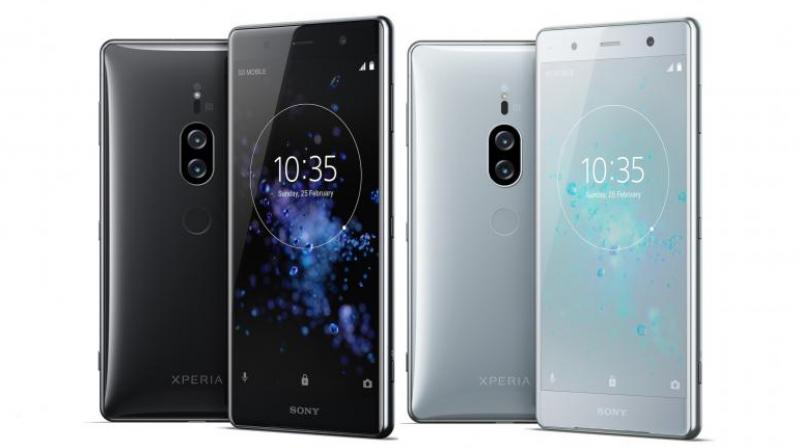 Sony Xperia XZ3 is a bumped up Xperia XZ2 Premium.

At the Mobile World Congress (MWC) Sony launched the Xperia XZ2 that came loaded with the Snapdragon 845 processor. A new leak has just revealed the entire specifications of Sony’s upcoming smartphone the Xperia XZ3. The handset will run Android 8.1 Oreo. With this leak, we have a brand new entrant in the smartphone rumours space. 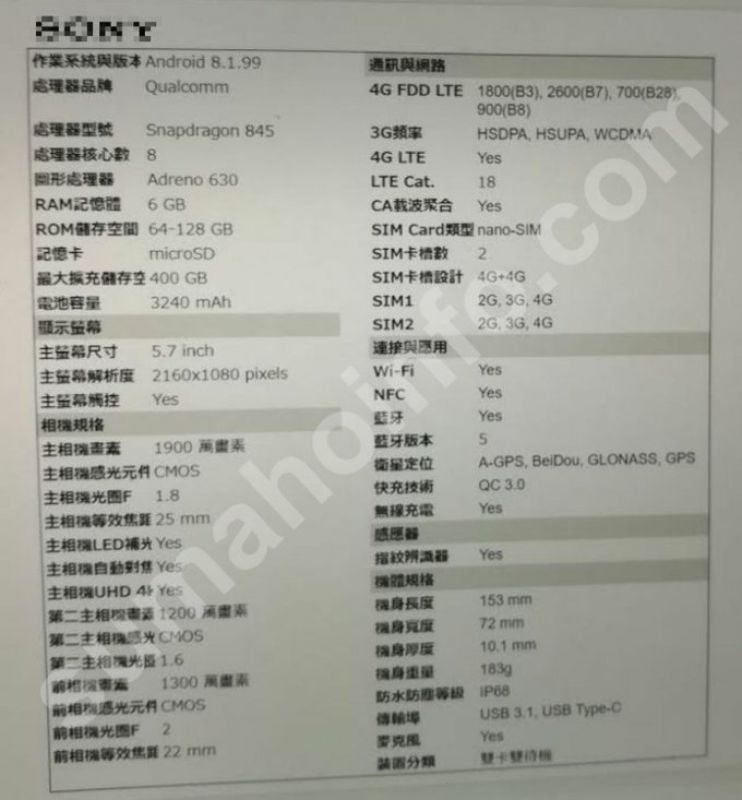 The Sony Xperia XZ3 receives an incremental update to the Xperia XZ2 and from the specifications, we can glean that the handset will feature a Snapdragon 845 chipset and a dual camera setup that was seen on the Xperia XZ2 Premium.

The upcoming handset measures at 153 x 72 x 10.1mm and weighs 183gms. This makes it thinner and lighter than the Xperia XZ2. It comes with an IP68 certification, much like other Sony Xperia handsets. The handset sports a 5-7-inch Full HD+ display with a resolution of 2160 x 1080 pixels. Thereby sporting an 18:9 aspect ratio much like the Xperia XZ2.

There will be 6GB RAM found here and it will come in two storage options, 64GB and 128GB. There will also be a microSD card slot included with the handset. The Xperia XZ3 comes fitted with a 3250mAh battery that comes with support for Quick Charge 3.0 which is Sony’s name for its fast charging feature.

Unlike the XZ2 which came with a single camera, the Xperia XZ3 will be fitted with a dual rear camera system. There will be a 19MP primary camera alongside a 12MP secondary camera sporting an aperture value of f/1.6. As far as the front-facing camera goes, it will come with a 13MP shooter with a f/2.0 aperture.

Though these specifications have leaked, we should take it with a pinch of salt as nothing has been made official yet. All will be known when Sony officially releases this smartphone.