Latest Galaxy Note 9 leak throws up all the features

The latest leak related to the Note 9 details all of its features with official press render. 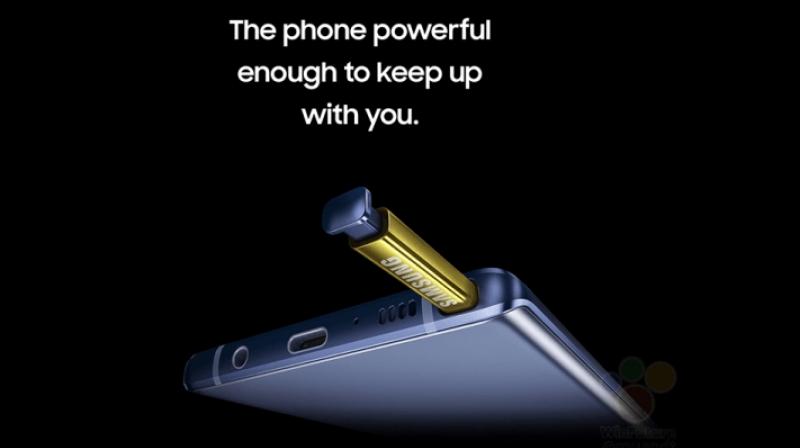 The Note 9 will be unveiled on August 8th at an event in New York.

Samsung has had a hard time keeping the Note 9 under wraps before the official launch date. Until now, various sources across the Internet have given out official renders along with individual details of all its features. However, just before the launch, a new leak has given out all the details about Samsung’s flagship phablet, which essentially leaves nothing to the imagination.

The official renders and details have been uncovered on a report by WinFuture, which states that Samsung could price the entry-level Note 9 128GB variant at 899 pounds (approximately Rs 80,000) and could go up to 1099 pounds (approximately Rs 98,000) for the 512GB variant. The Note 9 is expected to come in Midnight Black, Ocean Blue and Metallic Copper colour variants.

The Note 9 will be offering a newly developed 6.4-inch Super AMOLED display with 2K resolution, with the intensity of the curved edges now reduced. The Note 9’s highlighted feature will be the revamped S Pen, which will support Bluetooth connectivity for the first time. The leaked official renders suggest that the S Pen can be used to take photos, remotely control presentations or even operate other apps, without having to tap the display. The S Pen will also support up to 4,096 pressure points. Additionally, the S Pen will have by default the same cursor colour as the physical colour of the S Pen. 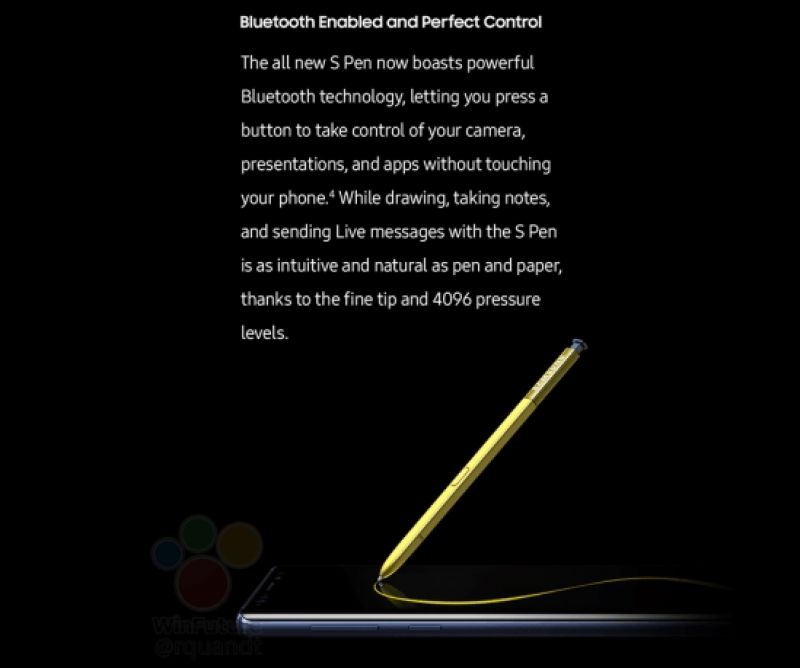 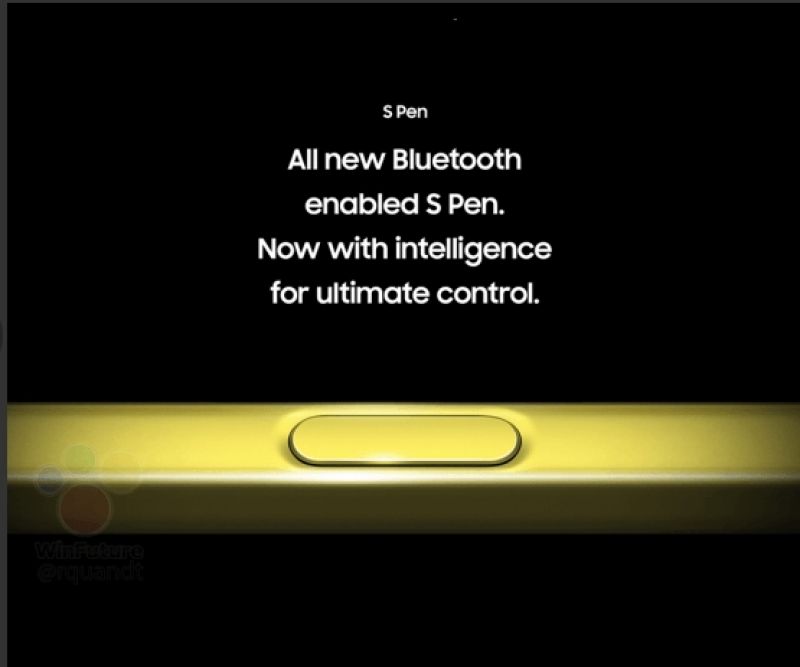 Moving on, the leaks say that the Note 9 will use the Exynos 9810 chipset clocked at 2.7GHz, which could be accompanied by up to 6GB or 8GB of RAM. The rear optics will be handled by a 12MP dual camera setup with the variable aperture (f/1.5 and f/2.4) setup borrowed from the S9. While one sensor will allow 2x optical zoom, the other one will be a wide-angle sensor. Samsung will also bake in AI feature to enhance the photos by default — if the AI thinks that it could do better with a second try, it will give the user an option to take the photo once again. 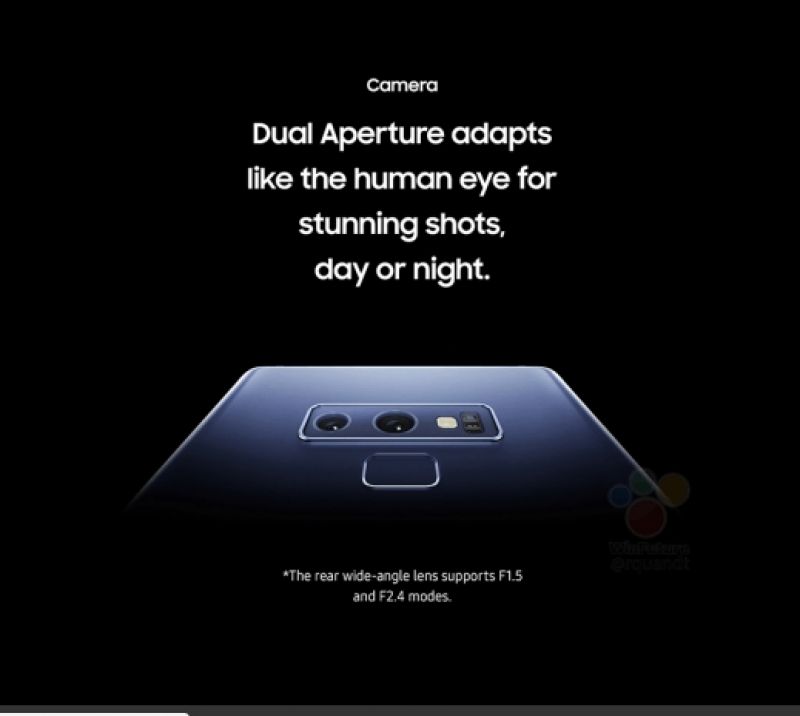 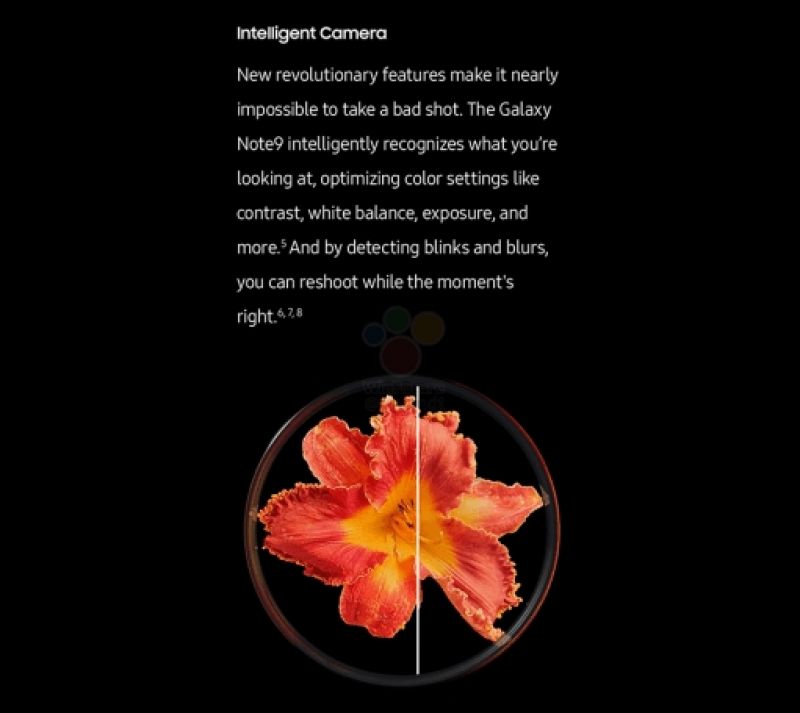 Additionally, Samsung will now let users access the DeX mode without the DeX dock. The user will now be able to access DeX by simply using a cable — an idea borrowed from the Huawei P20 Pro. The Note 9 will be kept alive by a bigger 4000mAh battery this time, which will be paired along with both fast wired and wireless charging. 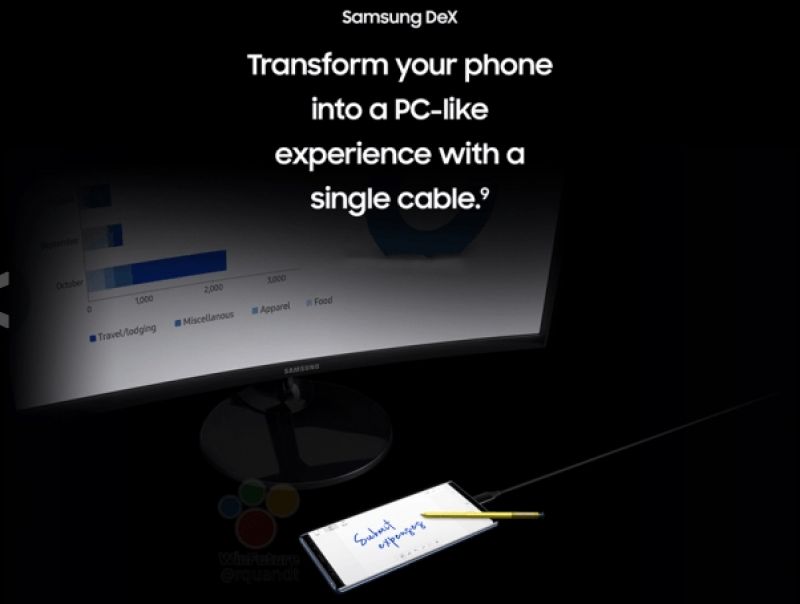 While the information is certainly believable, take this with a grain of salt as this hasn’t been officially announced by Samsung. The Note 9 will be unveiled on August 8th at an event in New York.