Mind-blowing iPhone 12 renders leak; is this the future for smartphones?

The new design is a major callback to the iPhone 5S, unfortunately the notch doesn’t plan on disappearing. 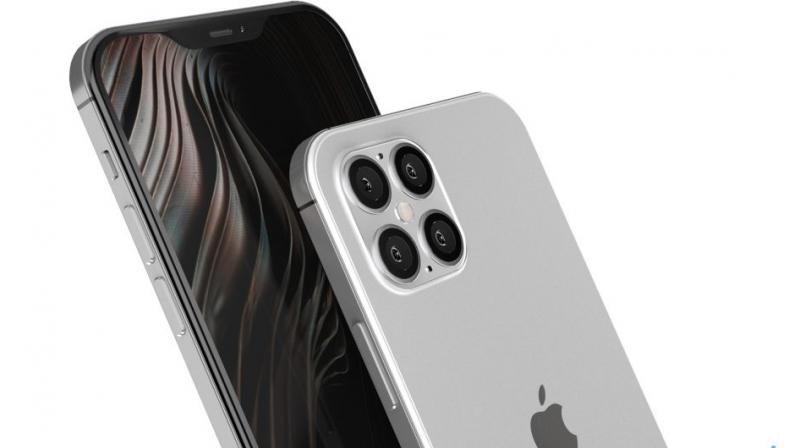 The folks down at PhoneArena have put together renders of the iPhone 12 based on the available leaks and a bit of creative freedom. (Photo: PhoneArena)

The iPhone 11, iPhone 11 Pro and iPhone 11 Pro have only just recently launched and no matter how incremental the upgrade may be in terms of design; but it packs some of the best features that have ever existed in an iPhone. The cameras are by and large what will draw you to the handset and the shooters on the trio of devices need to be experienced for anyone who’s a fan of smartphone photography. However, if you feel that the iPhone 11 isn’t something for you as it didn’t check the right boxes in terms of features and design, then there’s some great news for you.

Apple will be launching the iPhone 12 in September 2020 and it is expected to come with some breakthrough tech such as 5G connectivity on all handsets, a new Time-of-Flight (ToF) sensor and the resurrection of Touch ID in an all-new avatar.

The folks down at PhoneArena have put together renders of the iPhone 12 based on the available leaks and a bit of creative freedom; in the process giving us the first-ever look at Apple’s 2020 iPhone. As you can see from the images, the handset is a major callback to the design found on the iPhone 5S as it boasts sharper edges, a design decision which Apple has also used on the new iPad Pro and the MacBooks.

The iPhone 5S is one of the most loved designs Apple has ever made and it will be great to see it make a reappearance with the iPhone 12. However, some of the design elements don’t make sense and case in point is the ToF sensor as it won’t resemble a camera sensor like in the images. Instead, the sensor will be a lot smaller as seen on rival Android devices.

Our major issue with these renders is the use of the notch. Apple is widely tipped to do away with it when they roll out the next-generation devices as the company is expected to build the Face ID and other sensors in the top bezel; thereby eliminating the notch altogether.

As per PhoneArena, Apple is also believed to be testing handsets with a smaller notched design; this is why they featured it in these renders.

As of now, it is a bit too early in the rumour cycle for these renders to be accurate; however, if Apple is bringing back anything as close to the iPhone 5S then we are all aboard for it.