Apple’s R&D team is working on something that will absolutely revolutionize the smartphone market. 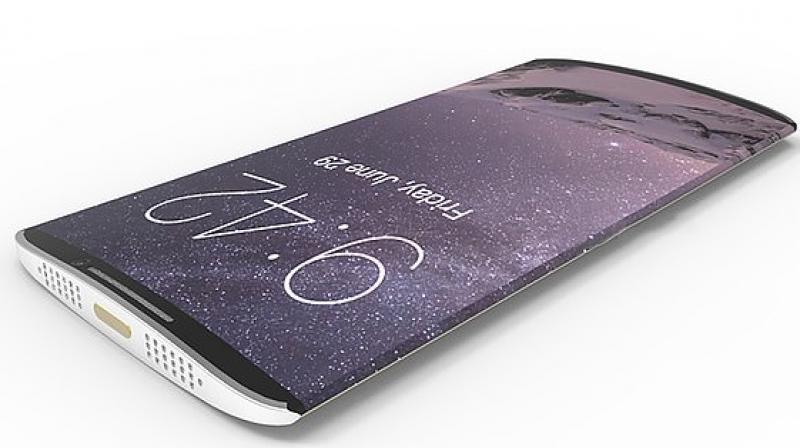 This new patent expands on a previous patent that described a display that wrapped completely round a device. (Photo: The Daily Mail)

With the iPhone 12, Apple is set to absolutely crush the competition as it will come with an all-new design and features that are way ahead of its time. Analysts are claiming that every upcoming iPhone 12 will come with 5G connectivity and the design that has been a staple since the iPhone X will finally be phased out. However, it appears that Apple’s R&D team is looking way beyond next year’s iPhone 12 and they have updated a patent for a wrap-around display that will be unlike anything we have ever seen before.

The patent titled “Electronic Device With Wrap Around Display is a continuation of a patent where the technology is added on to it rather than claiming or filing something completely new. This new patent expands on a previous patent that described a display that wrapped completely around a device.

In this patent, it details a facial tracking software to that can be used in conjunction with the wrap around display. The initial patent was filed way back in 2013 and the addition to it comes in form of the handsets interaction with the Face ID sensors. This allows the device to know which part of the iPhone a user is looking at.

A related report by Forbes states, “In practical terms this could help an iPhone decide if it should be showing a full ‘homepage’ to a user, it could be used to decide if ‘personal’ information should be shown on a lock screen, or in the case of a phone lying on a desk to determine if a user is looking at the rear of the smartphone and therefore put the notification data at the rear of the device.”

As of now, it is a safe bet that this technology shouldn’t make its way on to the iPhone 12. Apple would not just have to overcome its historical reluctance to add gimmicks into its handsets it depends on third party suppliers for such display manufacturing. And, as of now, there is no sign that LG or Samsung’s display division is gearing up for an “around the phone” experience.

This futuristic iPhone, as of now, is just that. A future iPhone and as of now, Apple’s short term target is to add iterative updates such as ramping up the refresh rate on the iPhone 12 up to 120Hz to stay on par with its Android rivals.