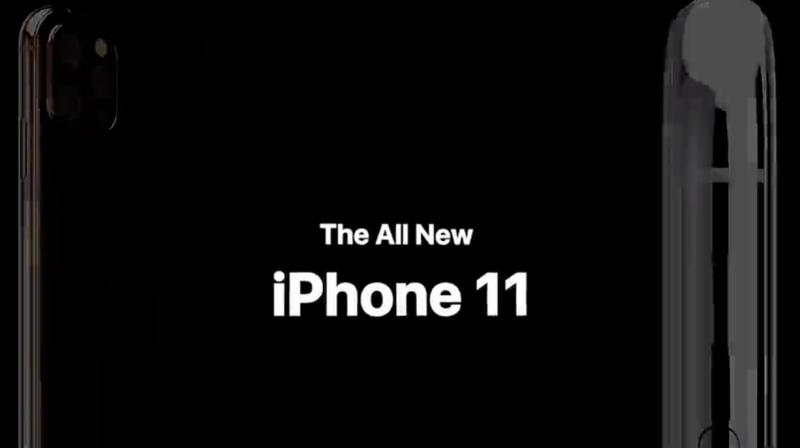 Concept videos of the Apple iPhone 11 have been dropping from quite a while; however, most of them that came out prior to the latest one featured specifications that aren’t yet ready for the Cupertino-based company to drop. This latest concept video by You Tech gives us the first realistic look of the iPhone 11 and boy does it look breath-taking.

Initially, the iPhone 11 was ruled out as a handset that would come with a boring design as it more or less resembled Apple handsets that are two generations old. However, in the last few weeks, several leaks and rumours of the iPhone have surfaced which has breathed new life in a handset that’s actually worthy of an upgrade.

In this latest video, we see an iPhone that bears a lot of similarities to the previous-generation iPhone XS; but also, coming with subtle differences that make it worthy of a 2019 flagship (at least as far as iPhones go). The teaser shows off an iPhone with a New Super Retina Display and features a massive 91 per cent screen-to-body ratio. It features a Retina OLED display which boasts a QHD resolution and a True Color screen. HDR 10+ is also included here and effectively puts it on the same level as the OnePlus 7 Pro and Samsung Galaxy Note 10+.

On the rear, we find the new square camera hump and the iPhone in a new mirror green colour option. It’s fair to say that this new camera module on the rear has won over our hearts and it is a far cry from the ugly design that leaked in early renders. These cameras will support 4K HDR at 60fps video recording. The rear cameras will support advanced bokeh controls, a new super wide-angle camera, and more.

There is also a larger battery here which offers a 50 per cent charge in less than 25 minutes. The creators of the video have also teased bilateral wireless charging which has been a long-rumoured inclusion in the iPhone 11. The next iPhone will also come with a 30 per cent faster GPU for extremely smooth gaming and there will be an Apple A13 chipset that’s 25 per cent faster and 20 per cent more efficient in comparison to the A12 Bionic chip. Also, Face ID is also said to have improved and it will be a lot faster than previous generations.

Check out the video below to get your first look at the upcoming iPhone 11.