The first beta for Android 9 Pie on OnePlus 6 overhauls the UI and improves performance. 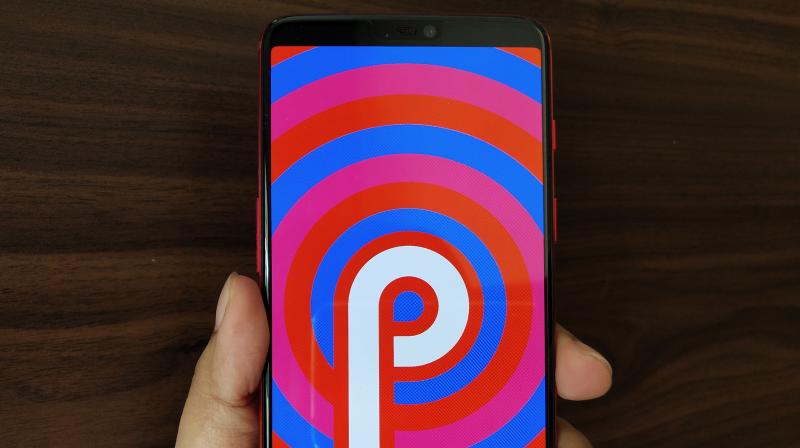 If you are tempted by the improvements and the new features, you can head over to the OnePlus forum and download the Beta build, weighing 1.6GB.

OnePlus is one of the few manufacturers that participated in Google’s Android Beta Program earlier this year. The OnePlus 6 was one of the selected smartphones in the world to get the Android P Developer Preview since its unveiling a few months ago. Google made Android 9 Pie official last month by releasing it on their Pixel devices, with Essential being the only to roll it out soon after for the PH-1. OnePlus is next in queue and they have already rolled out the beta version of Oxygen OS based on Android 9 Pie. To see what it’s like and check out all the new additions, we installed the first beta on our OnePlus 6 and here’s what it’s like in the early stages.

A fresh Pie with new toppings

The stock build of Android 9 Pie brought some new changes to the user interface and OnePlus has also implemented the new style in Oxygen OS as well. Similar to the stock build, you get the new notification shade with round toggles and no contextual menu. The Settings menu gets a major overhaul, ditching the barebones approach of Android Oreo and embracing the Pie-styled colourful menu, with each option carrying a description of the function — this makes it easier to reach a particular option. The notification boxes are more rounded around the edges, giving it a more appealing look. The Recents screen also gets the Pie treatment, simulating the Pixel styled bigger app windows sitting horizontally, with a slider and the app kill button below — the Google Search bar and the home screen dock don’t appear here like the stock iteration. The Dashboard to the extreme left of the home screen also gets a slight redesign. 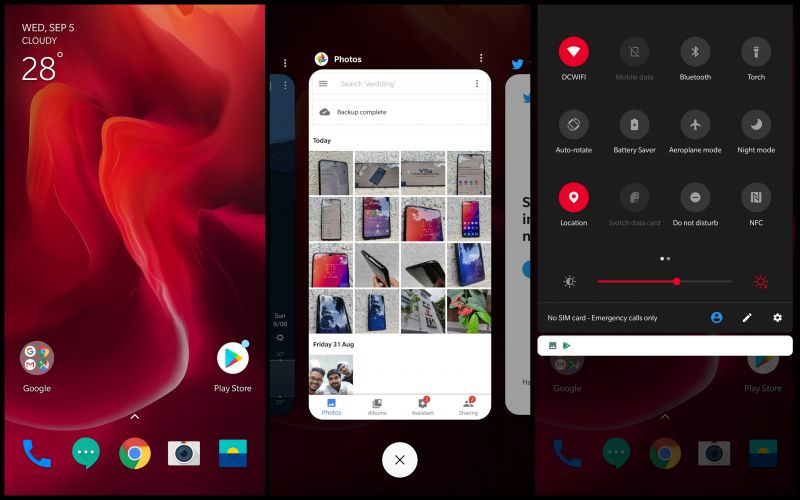 However, in typical Oxygen OS tradition, OnePlus has baked in the usual mild customisation options that we have always praised. Users can still choose between an all-black theme and a light stock Android-inspired theme. The accent colours now include more than eight preset colours, with an option to choose any desired shade from a colour palette. Oxygen OS still lets you apply custom icon packs and as well as adjust the icon grid on the home screen. All other proprietary apps from OnePlus have also received a slight touch-up to provide a new visual experience.

With Android Pie, Google officially made the switch to gesture-based navigation inspired form iOS 11 on the iPhone X. OnePlus has also implemented the stock gesture navigation on Oxygen OS very well. The new system has to enabled from the Settings and once applied, the Recents button disappears. The new pill-shaped button doubles up as the home button and the Recents key, with the back button appearing only when required — it won't appear by default on the homescreen.

If you still prefer the old school navigation buttons or OnePlus’ custom gesture navigation, you can go back to them from the Settings.

Android Pie brings a lot of new features aiming to improve the user experience, with Digital Wellbeing one of the highly anticipated features of the new OS. On Oxygen OS, most of the features from the stock UI have been carried over, with only a few of them yet to be added in the future. Some of the major ones available right now are the new DND mode and Gaming Mode 3.0. 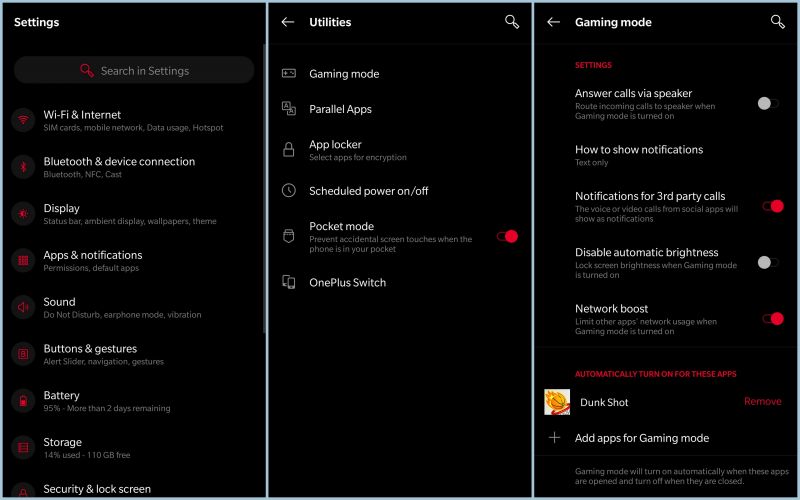 The new Do Not Disturb mode gives more options to customise notifications while the Gaming Mode 3.0 lets the user choose between three notification styles — standard Android notification bar, text-only notification and blocked notifications. This is the first beta and over the coming weeks, we expect OnePlus to add more features and revamp the existing ones.

Of course, the primary intention of an Android update is to improve performance and OnePlus has made sure the OP6 improves from before. While scrolling through menus and opening/closing windows, the animations feel more fluid and responsive. We put the OnePlus 6 through its paces in Antutu and the scores are showing a considerable improvement — an average score of 2,956,780, compared to the average score of 2,83,789 on the previous Oreo build. Therefore, we expect gaming performance to improve over the course of time. However, since it’s a beta build, we noticed the phone overheating slightly. Additionally, the Twitter app refused to open, which explains the reason one should exercise caution before downloading the beta on their daily driver.

As for the optics, a quick photo session reveals slightly improved performance compared to the Oreo build. The new OS ensures slightly bumped up saturation while capturing more details.

How to get the Oxygen OS Android Pie beta?

If you are tempted by the improvements and the new features, you can head over to the OnePlus forum and download the Beta build, weighing 1.6GB. If you don’t fancy the bugs and issues, it’s pretty easier to go back to the stable Android Oreo build. However, do note that the process will wipe out all your data, which is why it is advised to take a backup of your data beforehand.