Most of the flagship smartphones have included the ability to fuel up the phone in a limited period of time. 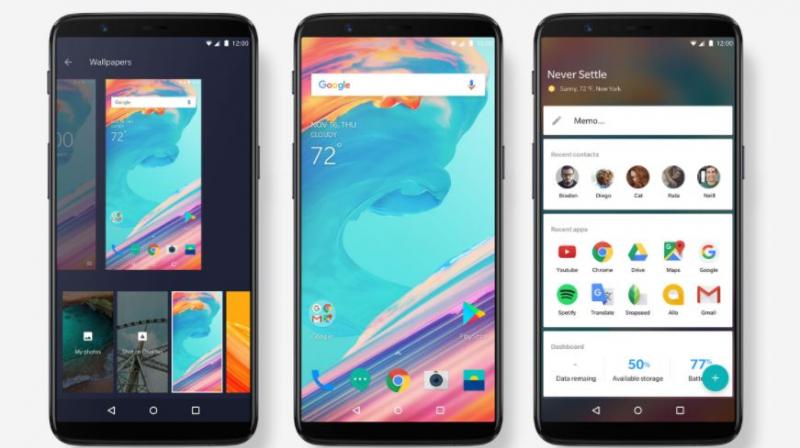 Users should note that the latest iPhones perform slower than flagship Android phones, even though you spend a fortune to get the fast charging in the first place.

A new report comparing the charging time of flagship smartphones suggested that OnePlus 5T charge more quickly than Apple’s latest flagship — iPhone X and iPhone 8. Tom’s Guide tested these devices by charging them from zero and measured it for about 30 minutes of charging time. The testing was done using both the standard AC plug and the fast-charging adapter to conclude the results.

The study stated that the OnePlus 5T, which relies on its own proprietary Dash Charge technology, led the pack, by reaching 59 percent in just 30 minutes. While the iPhone X, iPhone 8 and iPhone 8 plus were at 50 percent, 49 percent and 47 percent battery in 30 minutes of charging with the $68 fast-charging adapter and USB-C. During the test the phones were on but the screens were turned off.

However, the same report suggested that the charging time of these iPhones charge slower than the rest of the field when charged with the included adapter with the iPhone X reaching only 17 percent in 30 minutes. While the iPhone 8 and iPhone 8 Plus reached 30 percent and 26 percent respectively with their included chargers.

According to the same report, when the phones were tested for an hour, the OnePlus 5T did the commendable job as the phone reached 93 percent in 60 minutes, while LG V30 snagged the second place, reaching 86 percent. On the other hand iPhone X, iPhone 8 and iPhone 8 Plus were at 81 percent, 80 percent and 79 percent in 60 minutes of charging time. 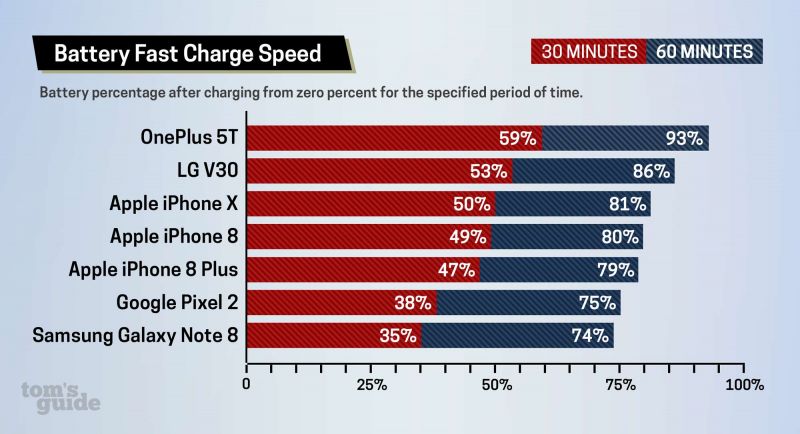 Users should note that the latest iPhones perform slower than flagship Android phones, even though you spend a fortune to get the fast charging in the first place.