Is OnePlus teasing their next generation smartphone?

A teaser image on Weibo suggests OnePlus could be up for unveiling a new smartphone early next year. 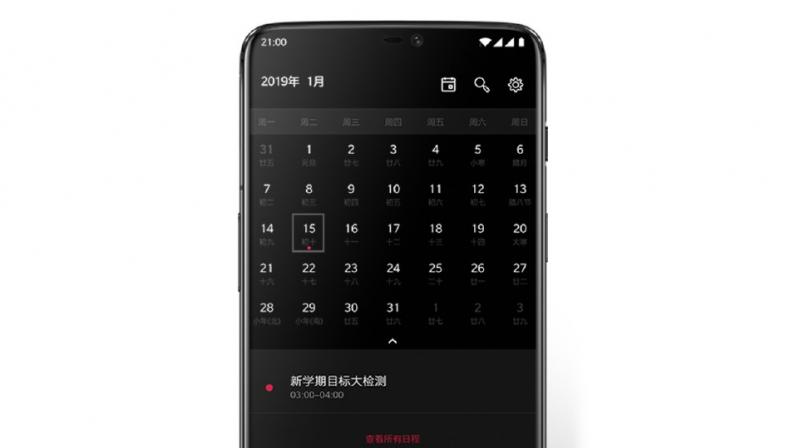 OnePlus has been riding high on the success of the OnePlus 6, which helped them gain a strong foothold in the Indian smartphone market this year. The OP6 offers flagship internals and premium aesthetics for a reasonably affordable price. However, in keeping up with OnePlus’ upgrade cycle, the OnePlus 6T is expected later this year with minor upgrades. A new teaser from OnePlus has, however, thrown in a new angle to the upgrade cycle.

According to one of their latest posts on the Chinese microblogging website Weibo, OnePlus has probably hinted at a new product launch early next year. The post shows the OnePlus 6 displaying the new Calendar app, with 15th January 2019 highlighted. The post reads “detection of new semester goals.”

There’s a high chance of this being simply a random selected for illustration purposes, but it also hints towards the launch of the next OnePlus device. Usually, OnePlus releases the midlife upgrade to a generation towards the end of the year. However, OnePlus also announced earlier that they would be launching a 5G supported smartphone early next year. Therefore, the marked date hints towards the next generation OnePlus device.

It’s speculated that 15th January, 2019 could see either the OnePlus 6T or the OnePlus 7 with 5G connectivity. This also means that the next generation device will sport Qualcomm’s upcoming chipset manufactured on the 7nm process along with a 5G modem.

Will there be a OnePlus 6T later this year? Or will we directly see the OnePlus 7 early next year, debuting Qualcomm’s upcoming flagship chipset next year?