A 13-inch MacBook Pro has just stopped by the FCC indicating that a launch date in imminent. 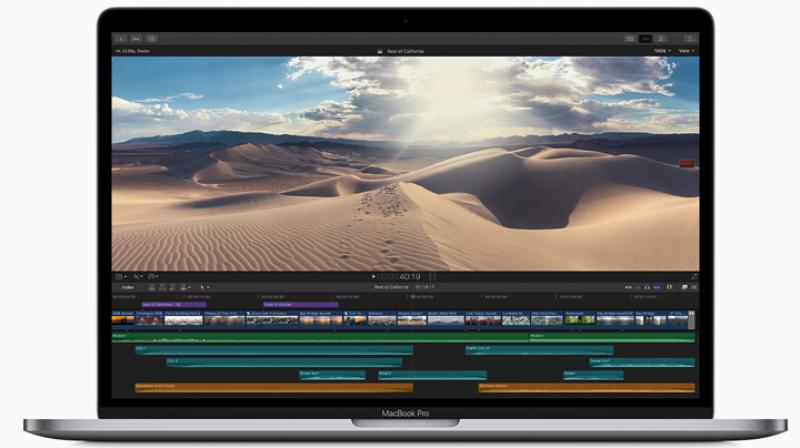 The new models Apple is said to announce includes the MacBook, MacBook Air and a new 13-inchMacBook.

In early 2019, Apple updated its MacBook Pro line-up; however not all received this update. The cheaper non-Touch bar MacBook Pro models that are commonly referenced as the MacBook Escape did not receive any performance boost that the costlier models received. However, if the latest leak is anything to go by, then the cheaper MacBook Pro will soon be getting a much-needed refresh.

A lot of users appreciate this MacBook Escape model since it comes with a full-fledged keyboard, an Escape key and the full set of Function keys along with media controls. However, the 13-inch MacBook Pro still features a dual-core 7th gen Intel Core processor alongside Intel Iris Plus Graphics 640 GPU instead of the newer additions that came along with the Touch Bar MacBook Pro models. The newer laptops feature faster Intel 8th Gen chips and latest GPUs. Also, they come with the newer keyboard design that’s said to bypass functionality issues that’s caused by the debris.

As of now, it isn’t quite known if Apple will refresh the MacBook Escape laptops; however, the FCC had inadvertently published documentation that shows the MacBook Pro  13-inch model going through the certification procedure. The MacBook Pro being talked about comes with the A2159 model number and has also made its way through the Eurasian Economic Commission. The ECC is similar to the FCC and products need to go through these bodies ahead of being officially announced.

The documentation filed by the FCC has been taken down from the FCC site but was easily available to the public for a sizable amount of time to show that the 13-inch MacBook Pro features the same dimensions as the current generation model. As of now, it is not known when Apple will be launching this model with reports claiming Apple will be launching a new 16-inch MacBook Pro alongside refreshing its current line-up. The new models Apple is said to announce include the MacBook, MacBook Air and a new 13-inch MacBook.