Analysts credited increased shipments to India & China for the end of a period of continuous decline in sales for the smartphone market. 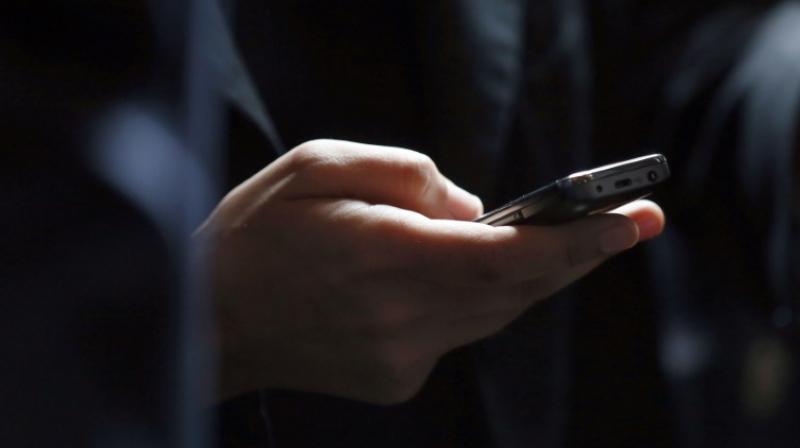 Huawei, Realme, Samsung and Tecno registered an increase in their overalls sales as well as market shares, while global shipment numbers came to 380 million units.(Photo: AFP)

After a steady decline in market sales of smartphones in the global markets, a recently released report by firm Counterpoint Market Research shows that Quarter 3 of 2019 smartphone sales remained stable after a long time. This was to quite an extent due to sales from festival and holidays periods in India and China, respectively.

Commenting on the relative increase and elaborating on the observances in market behaviour, Shobhit Srivastava, Research Analyst at Counterpoint Research said, “The global smartphone market ended a long period of continuous Year-on-Year declines in Q3 2019 due to increased shipments in India and China, the two top-focus markets for every player in the mobile value chain.”

“In India, smartphone OEMs started preparing early for the festive Diwali season this year with healthy channel buildups. In China, Huawei, OPPO & Vivo continued to see healthy channel demand ahead of National Day Golden Week holiday break in October which led the market to grow a positive 6 per cent sequentially,” he added.

Thus, while Huawei, Realme, Samsung and Tecno registered an increase in their overalls sales as well as market share, global shipment numbers came to 380 million units. This is competitive with 379.8 million units of sale from Q3 of last year. 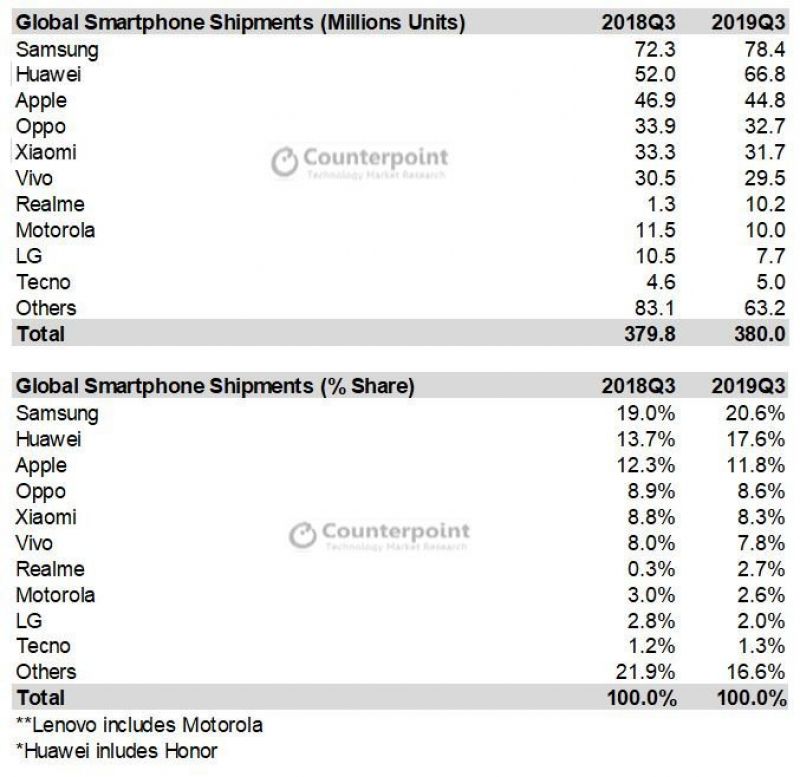 The year 2020 too, would see better smartphone sales and ‘certainly continue to boost the upward trend in the overall smartphone Average-Selling-Price’, according to Peter Richardson, Counterpoint’s Research Director. The analyst said so keeping in mind the expanding interests in 5G as well as infrastructure.

The growth of 5G also prompted analyst Tarun Pathak to issue a few words of caution for trade-war hit telecom equipment and smartphone manufacturer Huawei. “..The market could quickly transition to the upcoming 5G wave which could affect its market share in coming quarters,” he said.

For context, this year the company clocked in a 4 per cent increase in market shares which Pathak credits to, ‘the rising sense of nationalism towards Huawei amidst US-China trade war coupled with aggressive go-to-market strategy in China’.

However, outside of its homeland sales in the Middle East, Europe and Latin America suffered from its fallout with Google’s smartphone operating system and services.

Sales results of all the other companies can also be seen in the image shared above.