The next Samsung flagship could help users lose weight; watch how

Weight loss on your mind? This future smartphone could soon help you avoid items too heavy on sugar. 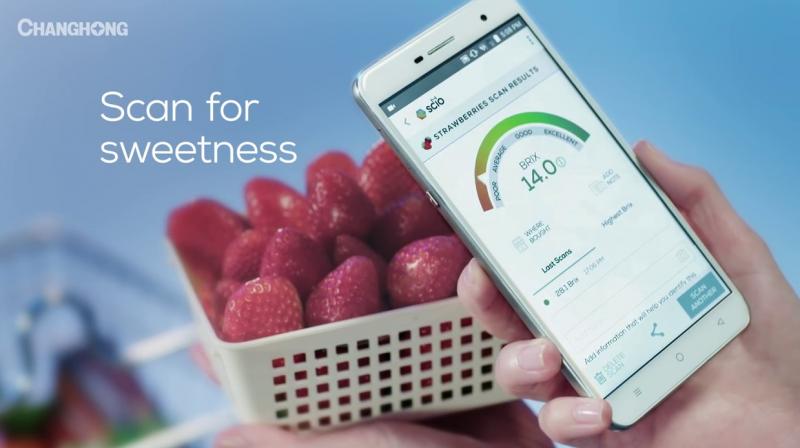 The use of spectrometers in phones was brought to light by the Changhong H2, a prototype phone at CES 2017 that not only could detect the sugar composition of fruits, but also analyse body fat level, the moisture in your skin and more.

Fitness is an ongoing trend in the tech world. With smartphones, smart bands and smartwatches slowly drifting towards health-maintenance oriented features, we now have a smartphone that can help users shed some pounds, and it could well be none other than the upcoming Samsung Galaxy S11.

A patent by the US patent office granted to Samsung was discovered by LetsGoDigital. The patent is of a smartphone that has an inbuilt spectrometer. The spectrometer will actually allow the phone’s camera sensor spot the sugar content of food items by just pointing the camera at them.

Spectrometers allow producing light across both the visible and the invisible spectrums. This allows detection of objects because of the change in frequency of reflected light when it passes through them.

The use of spectrometers in phones was brought to light by the Changhong H2, a prototype phone at CES 2017 that not only could detect the sugar composition of fruits, but also analyse body fat level, the moisture in your skin, chemical compositions of pills and alcohol content of drinks. How insane is that? Watch it in action here-

While the phone never made it to production, the Samsung patent could be the next closest thing. We could likely see an implementation of the sensor perhaps on either the Galaxy S11 or the successor of the Galaxy Note 10+.