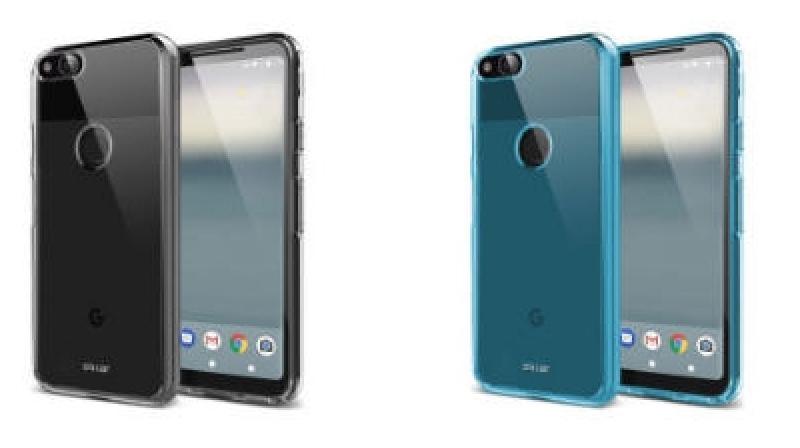 Olixar is known for revealing looks of flagships of noted brands such as Apple and Samsung through its designed cases. The case maker had earlier leaked design of iPhone 7, Galaxy Note 7 and Galaxy S8 quite accurately.

The case images of Google Pixel 2 and Pixel XL 2 models were found listed on smartphone accessory website MobileFun. The smartphone on the site are shown protected in Purple, Blue, Black and transparent colour cases.

Interestingly, thick-bezel that could be seen on Pixel and Pixel XL models were found missing in the upcoming models featured on the Mobile Fun. The Olixar case confirms the devices to come equipped with dual-camera setup. 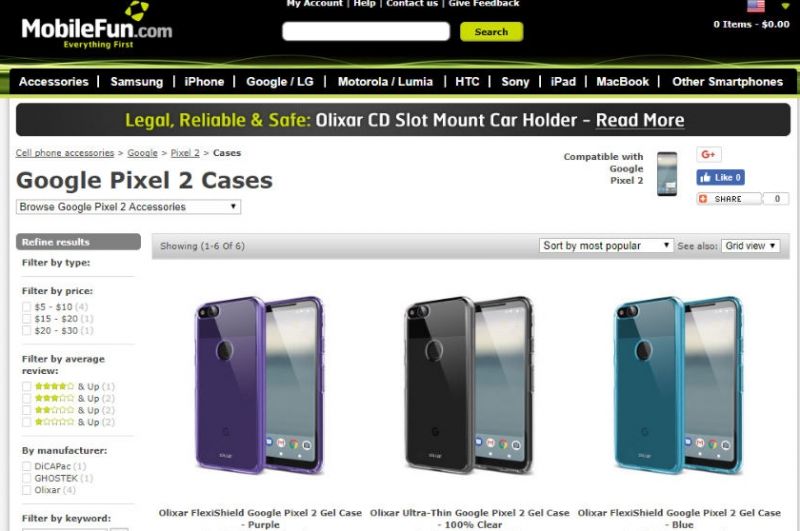 Additionally, the image also reaffirms the two devices to come without the 3.5mm headphone jack, joining the ranks of other smartphones such as iPhone 7, HTC U 11 and Moto Z.

Pixel 2 and Pixel 2 XL are anticipated to feature a 4.95-inch full HD and 5.99-inch QHD display, respectively. The smartphones are also expected to be the first two smartphones to run on Qualcomm’s Snapdragon 836 processor, coupled with 4GB of RAM and 128GB/64GB of memory storage options. Earlier reports have suggested that the flagships are likely to feature a squeezable frame and an ‘Always on Display’, but Google has yet to officially reveal hardware specifications of the models.

If Google decides to stick to its last year’s release cycle, the next Google flagships may get released in October, a month after two major players would have already announced their flagship smartphones