Massive discount on pre-booking of Galaxy Note 9, here's how to avail it

You can avail a hefty discount of as much as Rs 30,800 on the upcoming Samsung flagship. 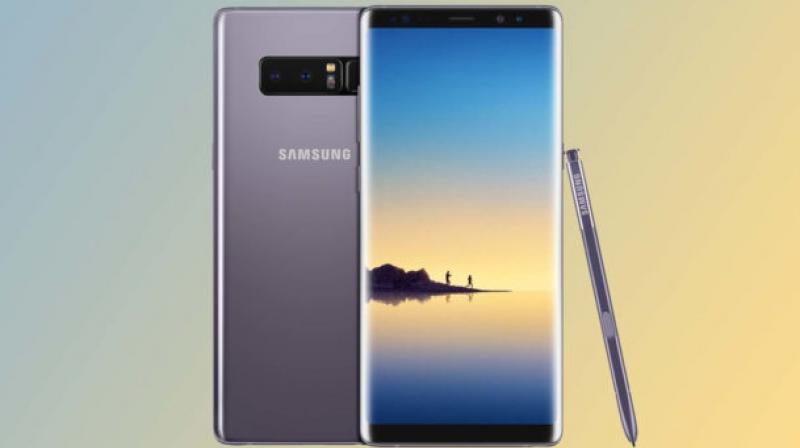 The discount is offered on an exchange of your older smartphone which needs to be a Google, LG, Apple or Samsung-branded device. (Representational Image: Galaxy Note 8)

Samsung has been failing to grab the desired number of sales for a year now due to players such as OnePlus hopping into the tussle with potent devices. Well, despite the disappointment faced, the South Korean manufacturer has high hopes with its upcoming flagship the Galaxy Note 9 which is a much-hyped smartphone currently.

Well, in case you are planning to bring home the Samsung flagship, which is expected to be officially announced on August 9, you can avail a hefty discount of as much as Rs 30,800!

The discount is offered on an exchange of your older smartphone which needs to be a Google, LG, Apple or Samsung-branded device. The catch is, Samsung's official website reads 'eligible device' which means it should be a premium smartphone and the discount amount lowers down depending on the model. However, looking at the features Note 9 is expected to be offered with, exchanging even a high-end device with this shouldn't be a bad deal.

On exchanging a smartphone, you can avail price cut of up to $450 (approx Rs 31,000) on the Galaxy Note 9. Customers who are interested in pre-booking their device, Samsung's official website or app lets you reserve the phone in advance. Doing so, you can be one of the early owners of the much-talked-about smartphone.  The delivery is guaranteed by August 24, as mentioned on the official portal.

Rumours have doing rounds about the Samsung Galaxy Note 9 for a while which suggest various possible features such as the availability of Fortnite game by default. Other anticipated elements are the Bixby 2.0, rumoured Bixby speaker and the Galaxy watch.