Samsung has patented a smartphone design that rolls up as well as out. 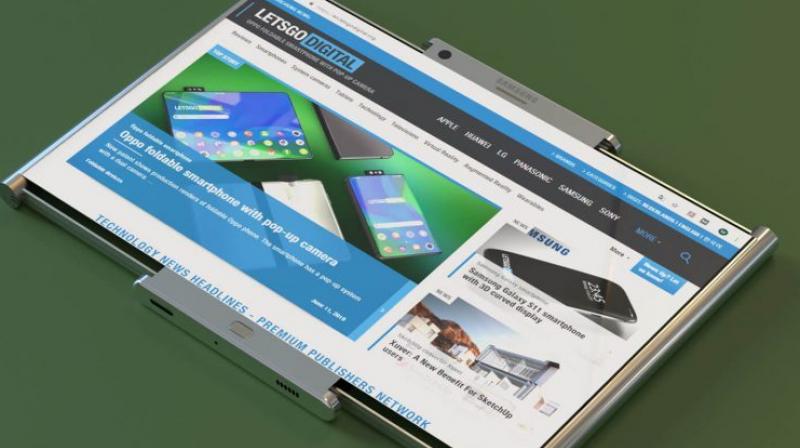 The patent, filed with the US Patent and Trademark Office show a handset with a display that rolls up and rolls out making it very unique indeed.

Samsung is no stranger to building devices that manage to wow us. The Galaxy Fold, despite its difficulties, is a great handset and we are pretty certain that it will gain a lot of traction once it's launched. The other upcoming smartphone from Samsung is the Galaxy Note 10+ and while it comes with a tried and tested design, the features it will possess will make all the difference. Apart from these two smartphones, Samsung also has the Galaxy A80 in its arsenal and it comes with a unique flip camera. However, in terms of design, all these handsets sound pretty tame as compared to this next one which Samsung has patented. 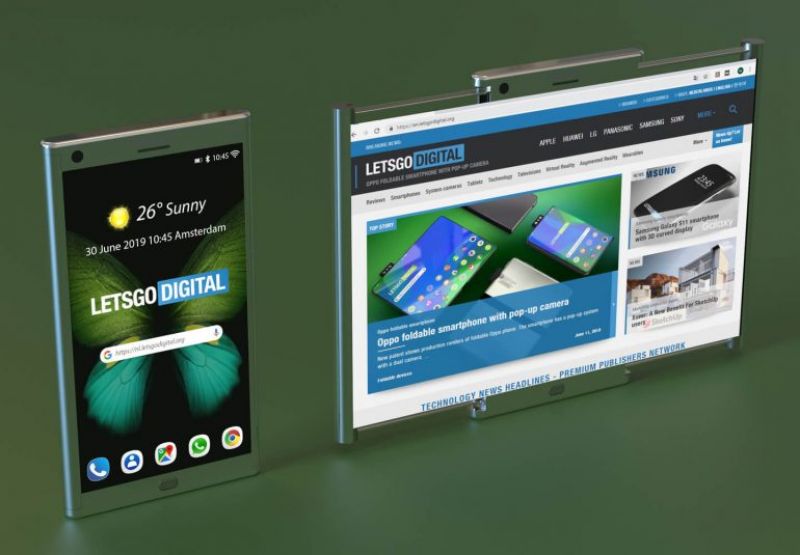 The patent, filed with the US Patent and Trademark Office shows a handset with a display that rolls up and rolls out making it very unique indeed. Renders of the new design that have been prepared by LetsGoDigital show a smartphone that can be rolled out from either side to stretch out into a device that’s the size of a tablet. With this rollable feature, we have dubbed it the Galaxy Roll but we are sure Samsung has a better branding for this concept phone if it ever makes it on to shelves.

The patent states that this rolling mechanism can be used to roll and unroll the smartphone and forms a device that’s nearly three times as large when unrolled in comparison to how large the handset is in its unrolled out form. 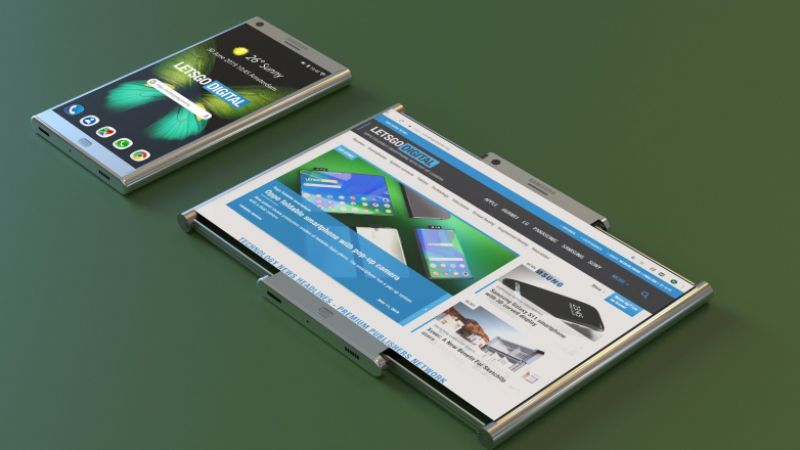 LetsGoDigital spots some major problems with the design as dust can easily enter the moving rails that fit together with slots which support the flexible display.

A report by BGR states, “You probably won’t have one of these designs in your pocket anytime soon. For starters, it’s worth noting that Samsung Display was the patent applicant here — meaning, the focus seems to be on a smartphone insofar as it provides a vehicle for this new kind of display. Phones with foldable, flexible screens have yet to prove their worth or staying power, so there are still a number of hurdles to cross before something like this is seen in the wild. Samsung, nevertheless, will no doubt keep trying, with even more strange experimental designs sure to come.”