The leaked specifications also reveals the A2 is powered by Snapdragon 626 SoC and 4GB of RAM and 64GB of ROM. 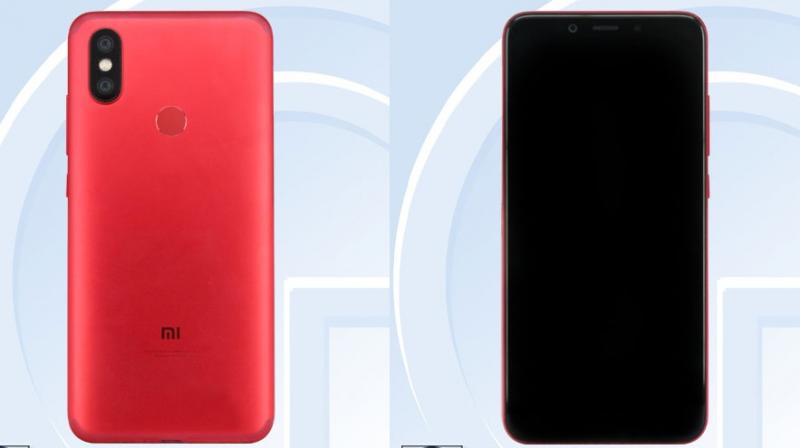 Last year, the Android One powered Mi A1 was released in India. The product is usually named Mi 5X in China. Its successor Mi 6X’s images and specifications have surfaced on the web lately. Henceforth, it might be the Mi A2 variant in India.

According to China’s TENNA listing and bestunderr.com, the leaks suggest the Android One powered A2 to feature a 5.99-inch IPS LCD panel with Full HD+ resolution (2160X1080). It features dual cameras – 20MP + 8MP, compared to the earlier variant, the camera alignment has been tilted vertically similar to iPhone X and the company’s Redmi Note 5 Pro. The dual cameras support f/2.0 and f/1.8 apertures respectively. It also boasts a 20MP selfie sensor with an aperture of f/2.0. 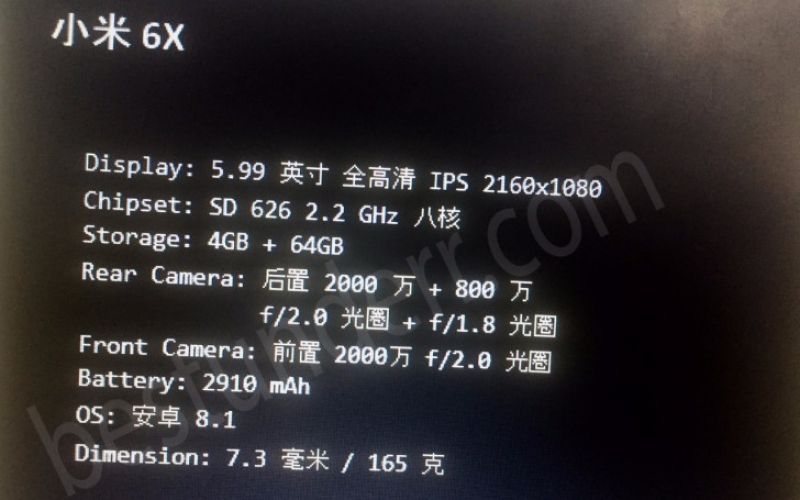 In addition to the new cameras, the A2 is powered by Snapdragon 626 chipset with 4GB of RAM and 64GB of internal storage. The leaked image also suggests the phone might be running Android 8.1.0 out-of-the-box and is powered by a 2910mAh battery. The phone will also come in several colour variants that include Red, Black, Rose Gold colours.