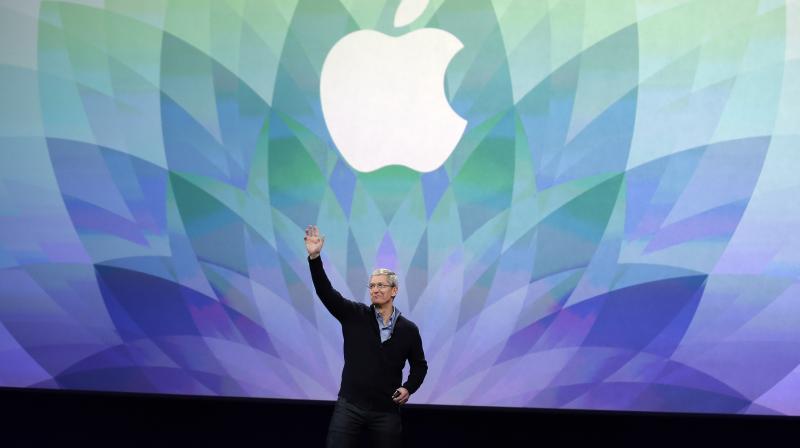 The keenly anticipated event will be the first to take place in the Steve Jobs Theater at its new "spaceship" campus in Silicon Valley. (Photo: File)

Apple sent out invitations Thursday to a September 12 media event at which the US tech giant is expected to unveil new iPhone models for the 10th anniversary of the culture-changing smartphones.

The keenly anticipated event will be the first to take place in the Steve Jobs Theater at its new "spaceship" campus in Silicon Valley.

In trademark style, Apple revealed little in the invitation that provided the date, time, location and a message that read "Let's meet at our place."

Apple is under particular pressure to dazzle as the California-based company looks for ways to maintain its image as an innovation leader in a global market showing signs of slowing.

"Clearly, Apple wants to do something different for the 10th anniversary" of the iPhone, NPD Group analyst Stephen Baker told AFP.

Some reports say a new iPhone will include a high-quality, edge-to-edge screen with a notch in the top for an ear-piece and an extra camera supporting 3D facial recognition and selfies.

Some speculate that the new handset will have a glass backing that offers wireless charging.

"That has been a sore point, especially in China. People are looking to show off a status symbol, so it needs to look different than Huawei or Xiaomi, and I think it will."

Apple has declined to comment on speculation, which has included talk of as many as three new iPhone handsets, including a premium model priced at around $1,000.

The most dramatic changes were expected in the premium model, which could go so far as to get rid of a 'home' button that has been a main control feature since the iPhone made its debut in 2007.

The iPhone could also get more rounded corners.

New iPhones would, of course, be designed to showcase capabilities of the latest version of Apple's iOS software for powering mobile devices.

Apple showed iOS 11 to developers at a conference earlier this year, and is likely to release it with the new iPhone models.

Global smartphone sales saw a modest decline of 0.8 percent in the second quarter of 2017, as market leaders Samsung and Apple consolidated their positions, an IDC survey showed.

The South Korean giant maintained the top spot with a 23.3 percent market share, while Apple held onto second place with 12 percent, according to IDC.

Huawei was the third-largest vendor, with an 11.3 percent market share. The Chinese electronics giant closed the gap with Apple, adding two percentage points to market share from a year earlier, according to the survey.

China-based Oppo and Xiaomi rounded out the top five.

Samsung last week unveiled a new model of its Galaxy Note as it seeks to leave behind the debacle over exploding batteries in the previous generation of the device, and mount a renewed challenge to Apple and its soon-to-come iPhone 8.

A Note 8 "phablet" introduced at an event in New York City left some analysts underwhelmed by its lack of new features beyond a dual-lens camera for telephoto zoom -- already available on the iPhone7 Plus.

The Note 8 will hit shops on September 15, its debut coming on the heels of Samsung launching new Galaxy 8 smartphones.

Meanwhile, Google-made Pixel smartphones that debuted last year will likely get a second generation in the months ahead as rivals field new champions to battle in the prime year-end holiday shopping market.