The soundbars have a new diamond cut 'punching metal' grille at the front with a rhombus pattern. 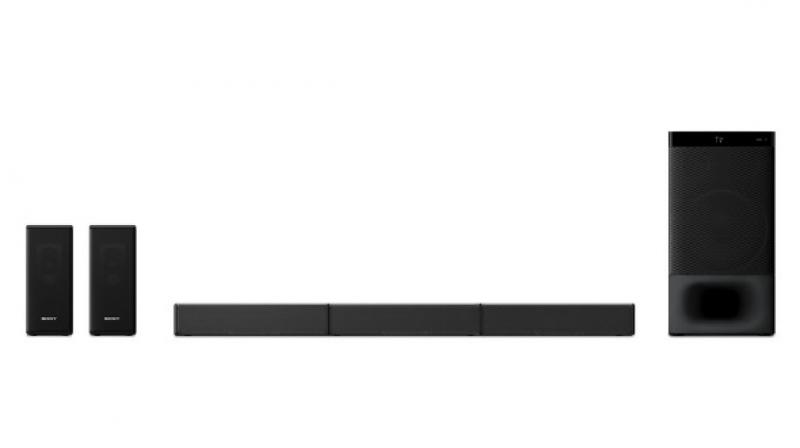 Sony India has further expanded its home theatre line-up and launched new systems HT-S700RF and HT-S500RF that offers surround sound. The soundbars have a new diamond cut 'punching metal' grille at the front with a rhombus pattern. The two Home Theatre systems come with exclusive India sound setting claimed to deliver powerful bass sound with clear vocal sound. The company aims to grow by more than 80 per cent in FY18 for its popular 5.1 channel Soundbar Home Theatre.

The HT-S700RF has tallboy-style rear speakers. The soundbars have both analogue and digital inputs in the form of an auxiliary jack, an optical input, a USB port, and an HMDI port that supports ARC (Audio Return Channel), which sends television audio back to the soundbar through the same HDMI cable. HT-S700RF and HT-S500RF can turn into a complete music system with USB playback. Both soundbars do not support the LDAC, aptX or aptX HD high-quality wireless audio streaming codecs. They do support AAC, which is a small consolation.

The newly launched soundbars will be available in all Sony centre, major electronic stores across India and on e-portals, Amazon and Flipkart. The HT-RT3 is available for Rs 17,490 and the HT-RT40 retails for Rs 21,190.