The primary focus of MIUI 10 will be on Artificial Intelligence and Machine Learning. 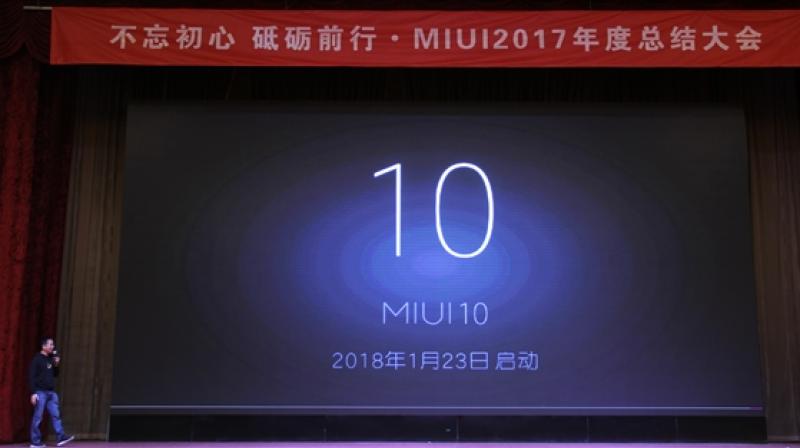 Hong Feng, the co-founder of MIIT and head of MIUI, at MIUI's Annual Summaries Conference.

At MIUI's Annual Summaries Conference, the co-founder of MIIT and head of MIUI, Hong Feng, has announced its new Android-based MIUI 10. The primary focus of MIUI 10 will be on Artificial Intelligence and Machine Learning. As part of the announcement, the major research and development efforts of the MIUI team will be moved from MIUI 9 to MIUI 10.

Last year, Xiaomi’s MIUI 9 was launched with the Xiaomi Mi 5X. Some of the new features of MIUI 9 included a split-screen feature, faster app load times, new design elements, lock screen shortcuts etc. The company has started to roll out MIUI 9.2 update for smartphones that have MIUI 9 recently. Xiaomi claims to have optimised the system to enable faster app loading and boost performance.

Hong Feng recently decided to conduct a poll on whether its new MIUI version should be called MIUI 10 or MIUI X. However, the new MIUI version was announced as MIUI 10 at the launch; the company is considering different ideas to launch its tenth-edition of MIUI.

The details of the devices to get MIUI 10 or X are yet to be known.