Technology   In Other news  31 Jul 2020  Profits of Google parent Alphabet hit by 30 pc over dip in ad sales revenue
Technology, In Other news

Revenue regained ground in the second quarter in search and at video-sharing platform YouTube, showing signs of stabilisation by the end. 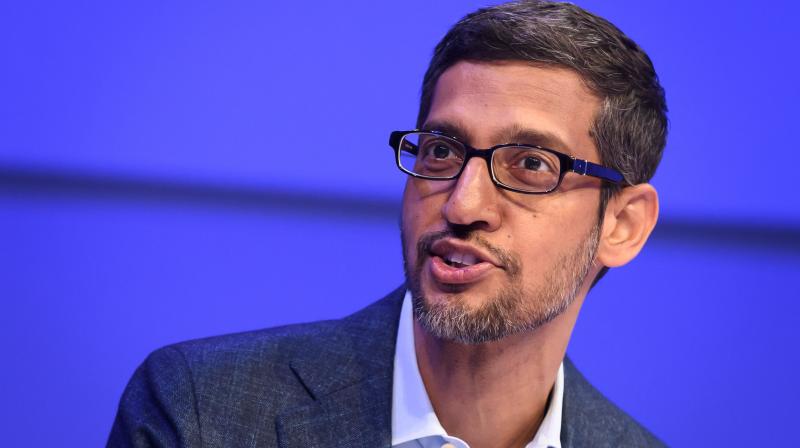 Sundar Pichai is CEO of Alphabet, whose profit slumped 30 percent to $6.96 billion from a year back. The online giant relies on digital advertising for most of its income. (Photo | AFP)

Profit slumped some 30 percent to $6.96 billion from a year for the online giant that relies on digital advertising for most of its income.

Revenue regained ground in the second quarter in search and at video-sharing platform YouTube, showing signs of stabilization by the end, according to Google executives.

“Although we are pleased that ad revenue gradually improved throughout the quarter, we do believe it’s premature to say that we are out of the woods,” Porat said during an earnings call.

She stressed that online ad revenue is related to the overall economic environment, which she saw as “fragile.”

As people hunkered down at home due to the pandemic, Alphabet saw growth in demand for entertainment content at YouTube and its online Play shop as well for cloud services being relied on increasingly for learning, work and online commerce.

While Google ad revenues were down in the second quarter, the business beat expectations, according to eMarketer principal analyst Nicole Perrin.

“We expected April to be the bottom of the digital ad market, with a return to growth in May and June, and these results suggest that acceleration was stronger than expected.”