Technology   In Other news  30 Sep 2019  Apple will seek theater deals for movies before streaming: WSJ
Technology, In Other news

Apple will seek theater deals for movies before streaming: WSJ 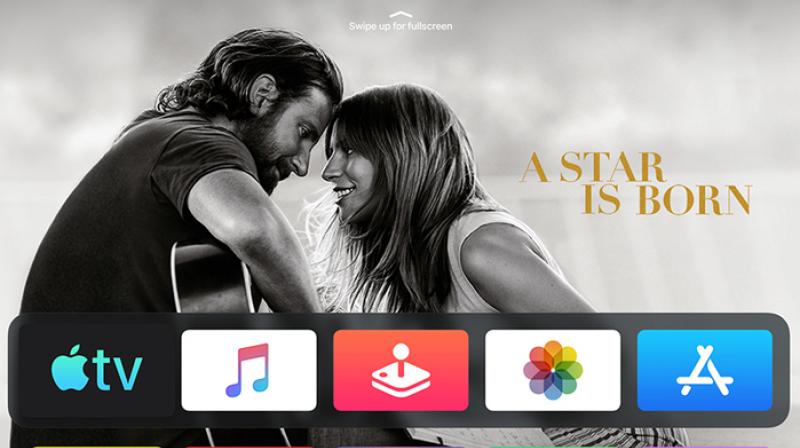 Apple, a late entrant to the streaming war, plans to launch Apple TV+ on Nov. 1 for USD5 a month to compete with rivals such as Netflix Inc and Walt Disney’s upcoming streaming offering, Disney+.

Apple Inc plans to give its feature-length film productions extended theatrical releases before making them available on its streaming TV service, the Wall Street Journal reported on Friday.

Citing people familiar with the matter, the Journal said that by pursuing deals that would see major projects screened for weeks in theaters, the iPhone maker hopes to make it easier to attract big-name directors and producers.

Sofia Coppola’s “On the Rocks”, starring Bill Murray and produced in partnership with “Moonlight” producers A24, will be among Apple’s first major theatrical releases in mid-2020, it said.

Apple, a late entrant to the streaming war, plans to launch Apple TV+ on Nov. 1 for USD5 a month to compete with rivals such as Netflix Inc and Walt Disney’s upcoming streaming offering, Disney+.

Both the rivals have deeper libraries and years of experience in making hit shows, but have taken varying approaches to how they release content.

Netflix last year started debuting original films like “Roma”, “Bird Box” and “The Ballad of Buster Scruggs” for limited runs in theaters, before bringing them on to the streaming service.

But it has struggled to come to terms with major theater chains, who would rather have films like Martin Scorsese’s upcoming “The Irishman” be screened months before they are released online.

In a victory for Netflix and other streaming services, the Academy of Motion Picture Arts and Sciences voted this year not to change its rules to demand Oscar nominees must play in theaters for a minimum period.

Some prominent directors have also objected to the idea that their movies would be seen mostly on the small screen and Apple’s move may help it compete with Hollywood studios for talent.

The iPhone maker is spending USD 2 billion on original content this year, but is still dwarfed by Netflix, which has a reported USD 10 billion budget for content and 151 million paid subscribers, as well as the major studios.

Apple did not respond to a Reuters request for comment.

Shares of the company were trading down marginally at USD 218.55 in afternoon trading.