The annual motorsport event this year saw Romain Dumas smashing all the previous records by setting the lap time of 7.57.148 minutes 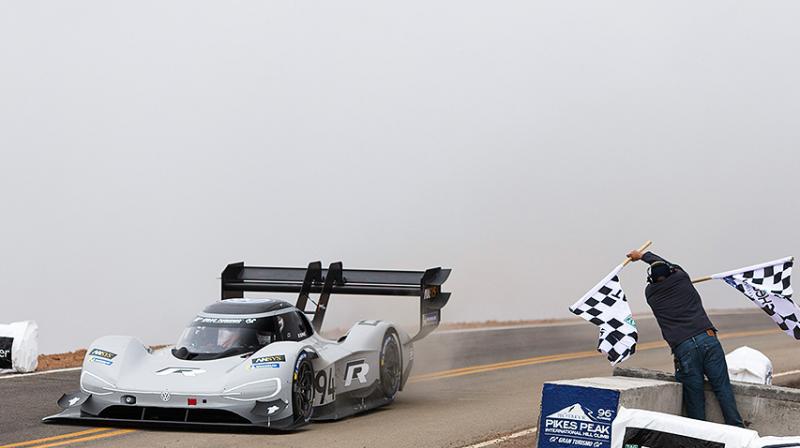 With the growing concern of government towards ever-rising pollution, the existence of combustion engine-powered cars seem to be vanishing in the near future. While this may put a big frown on the faces of car enthusiasts across the globe, Volkswagen’s record at the Pikes Peak International Hill Climb event may give a ray of hope that even the electric cars could be potent.

The annual motorsport event this year saw Romain Dumas smashing all the previous records by setting the lap time of 7.57.148 minutes onboard the futuristic Volkswagen I.D. R Pikes Peak. And, it’s all electric. Before Romain set the new benchmark for racers of the coming years, the title was held by Sebastien Loeb who, in 2013, managed to conquer the mountain course in surprising 8.13.878 minutes. He did it behind the wheels of the Peugeot 201 T16 Pikes Peak Special. Volkswagen’s this years’ major goal was to emulate this record, as per the reports. 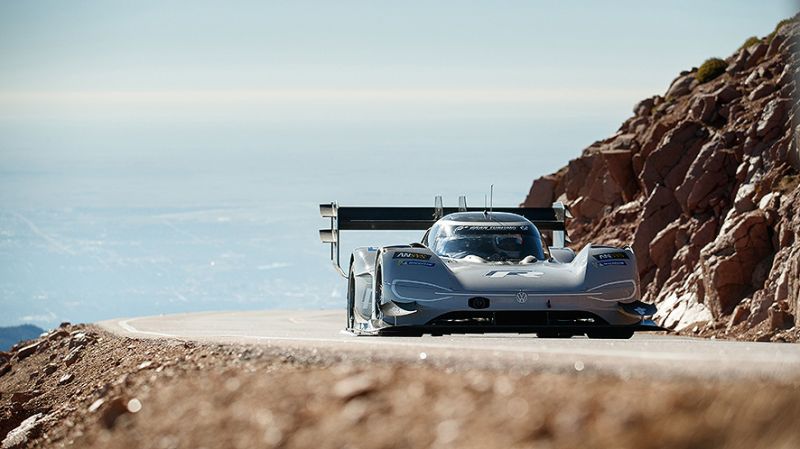 Coming to the machine which ripped the 19.99 km track apart, the I.D. R is nowhere close to our road-going models. As can be seen from the pictures, the I.D. R sits extremely low in profile and consists of all the features required to deliver commendable aerodynamics with negligible drag. The most prominent element is the rear wing which is massive and assists the car in being composed on the road.

For the propulsion, the race car utilises 43kWh capacity lithium-ion battery pack and is based on the MEB platform. When it comes to power figure, the Volkswagen I.D. R pumps out a whopping 670BHP of power which assists it in managing 0-100kmph distance in mere 2.25 seconds. What else gives the car all the authority to be more agile is its feather-light weight which stands at 1100kg. 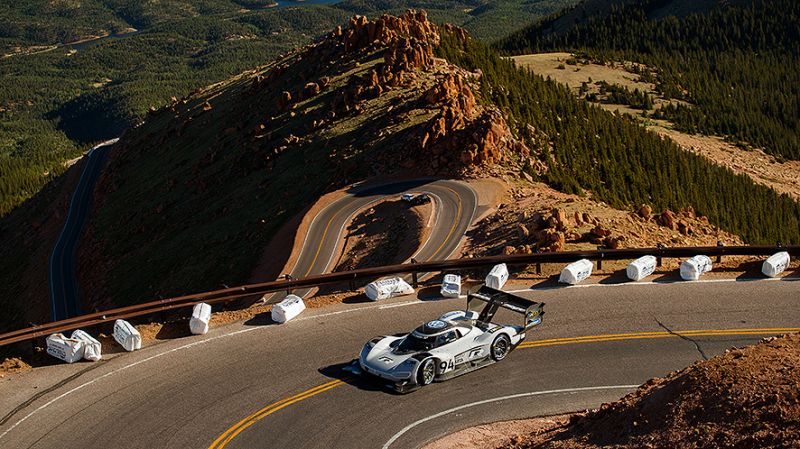 The reason Volkswagen’s all-electric managed to thrash records set by combustion motor vehicles is the height of the Pikes Peak course which settles at 14,110 feet above the sea level. At this height, the oxygen level comes down which could affect combustion engine but not the electric powertrains. However, for propelling such high-tech car, a veteran driver is a must and Romain Dumas qualifies for it in all sense after conquering Le Mans in Porche 919 Hybrid.

The glorious victory of the Volkswagen I.D. R Pikes Peak exemplifies the potential electric cars could possess without emanating the toxic fumes. The adaption of electric cars by consumers seems no far, provided that the appropriate infrastructure of charging is developed soon.