The new version will be having unique support for server grade hardware and meet demands of intensive workloads. 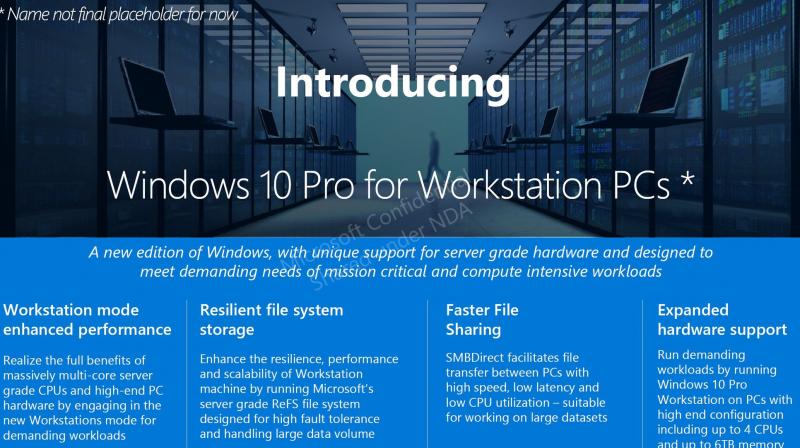 It seems that this version of Windows will be suitable for those systems looking for significant hardware demands.

The alleged workstation edition of Windows 10 is expected to have the following features:

Workstation mode: Microsoft plans to optimise Windows 10 by identifying “typical compute and graphics intensive workloads” so that it can provide peak performance and reliability when Workstation mode is enabled.

Resilient File system: The successor to NTFS file system, the ReFS file system supports fault-tolerance and is optimised for large data volumes as well as auto-correcting.

Expanded hardware support: The Windows 10 Pro for advanced PCs could also support machines with up to four CPUs and a memory limit of 6TB. The current Windows 10 Pro only supports two CPUs.

This advanced version for Windows will find favour with enterprises and organisations that cater to massive amounts of data processing every day. If you are interested in this the Windows 10 Pro for Advanced PCs, keep a tab here for the latest updates.

(With inputs from The Verge)