How technology is helping people get a seamless divorce

Technology plays a pivotal role in divorce and its’ influence is actually being felt more and more all the time. 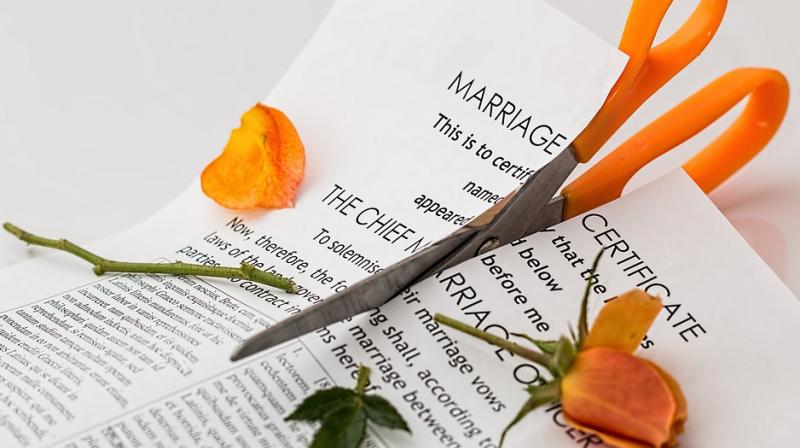 The apps are only an advisory platform to understand one’s legal rights and would not recommend or advise any person to end a marriage or continue with it. (Photo: Pixabay)

In a country like India where marriage is often considered sacred and even quintessential, divorce gets looked at as a sign of failure. It’s difficult to get a divorce without encountering the thorns. To understand why it’s a big deal, we need to look at India’s divorce rate — which stood at 1% in 2017, according to a report from the Organisation for Economic Co-operation and Development. While the absolute number of divorces has gone up from 1 in 1,000 to 13 in 1,000 over the last decade, India still remains at the top with lowest divorce rates. Divorces are riddled with stigma in India. But people are challenging that perception now and pushing for a change and in that challenge, technology has become their favourite ally.

Technology plays a pivotal role in divorce and its’ influence is actually being felt more and more all the time. Social media is beginning to be mentioned more often as one of the common factors that play a role in people ending their marriage.  It’s being used as a source of evidence in many divorce cases. Social media (Facebook, Instagram, Twitter) text messages, emails and other electronic tools are starting to be used as evidence in divorce cases at an alarming rate. In a survey among lawyers, 97 per cent said that they had indeed seen a rise in the last three years in the number of divorce cases that involved evidence extracted from a wireless device such as a smartphone or tablet. Of the information gathered, text messages were the number one type of evidence used, coming in at 46 per cent. Emails accounted for the next largest percentage at 30 per cent. Call history and phone numbers came in third at 12 per cent.

Another brilliant move by the Government in terms of technology is that it has been made mandatory to link Pan card with Aadhaar, the Law Commission of India has made another recommendation for compulsory registration of marriage details with the unique identification number. This has enabled us to keep track of and validate every marriage and prevent any kind of discrepancy during a divorce.

There is also legal help available online to the litigant. There is various app Such as ‘Divorcekart’ that focuses on answering legal queries regarding divorce instantly. These Apps are available free on both iOS and Android platform serves as an online help platform for those couples, who may feel that the marriage is over, and are unsure of their legal rights and process if and when they file the divorce. The apps are only an advisory platform to understand one’s legal rights and would not recommend or advise any person to end a marriage or continue with it.

These apps offer free immediate legal solutions. They offer instant chat 24-7 and guide the person who has downloaded the app about the court procedures. As the person goes through the app asking questions, the confidentiality stays intact. Attorney-client privilege being applicable and no third party gets to know about personal details of the person posting queries.