A group of hackers used an autonomous robot to crack a safe in half an hour. 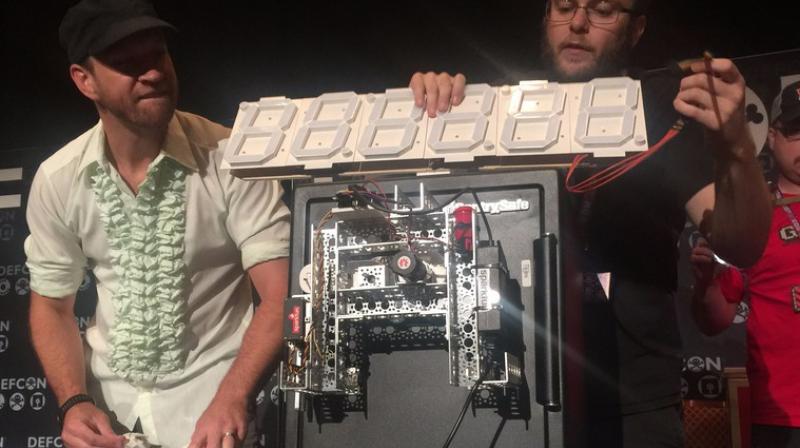 All they had to do was mount it on the front door of the safe and press a red button on the device, which then cracked it open in half an hour. (Photo: Jack Morse/Mashable)

In the recent months, the world has seen some of the most deadly malware attacks, all of them targeting and destroying important data. Although people have realised the safety of their digital data and are utilising all the means to protect data, it has been understood that hackers can gain access to literally anything by utilising the loopholes even in the safest of systems. This was proved once again by a group of ethical hackers at this year’s DEFCON expo when they managed to crack a safe by using a robot.

Yes, you read that right. The hackers were able to open a commonly used safely with the use of a bot that they built for $200. All they had to do was mount it on the front door of the safe and press a red buttonon the device, which then cracked it open in half an hour.

The bot can be carried in a backpack as the hackers wanted it to be extremely portable. Although the bot works only for a specific type of safe, it makes it possible to crack open other types of safe by slight tweaks. "No matter how much money you spend on a safe, nothing is impervious," said Nathan Seidle, the bot’s developer. He stressed that it is possible to gain access to any form of safe, either with a digital safe or an analogue one, by utilising one’s programming knowledge.

(With inputs from Mashable)