Musk called diver Vernon Unsworth a “pedo” in a tweet to 22.5 million followers after Unsworth criticised Musk on CNN in July. 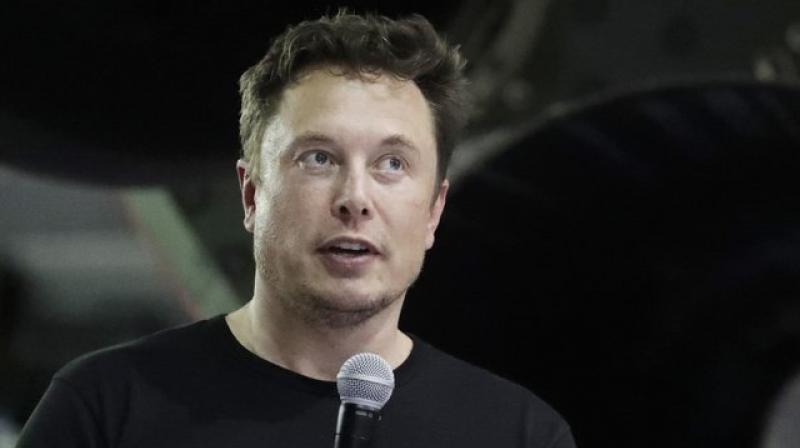 Musk and engineers from his rocket company, SpaceX, built a small submarine and shipped it to Thailand to help with the rescue. (Photo: AP)

Elon Musk is asking a California judge to throw out a lawsuit filed against him by a British diver the tech entrepreneur called a paedophile on Twitter, arguing that it was nothing more than a “schoolyard spat on social media” that no reasonable reader took seriously.

Musk’s motion to dismiss, filed in court on Wednesday, argues that “the public knew from the outset that Musk’s insults were not intended to be statements of fact.”

Musk called diver Vernon Unsworth a “pedo” in a tweet to 22.5 million followers after Unsworth criticised Musk on CNN in July, saying his efforts to help rescue young soccer players trapped in a cave in Thailand amounted to “a PR stunt.”

Musk and engineers from his rocket company, SpaceX, built a small submarine and shipped it to Thailand to help with the rescue. The device wasn’t used and Unsworth said on CNN that it wouldn’t have worked to free the boys who were trapped in the flooded cave.

He added: ”(Musk) can stick his submarine somewhere where it hurts.”

Musk later deleted his tweets about Unsworth and apologised, tweeting that his words were “spoken in anger” and that the sub was built out of kindness according to specifications from the dive team leader.

But on Aug. 30, Musk emailed a BuzzFeed News reporter, suggesting he investigate Unsworth and “stop defending child rapists,” according to the lawsuit.

“He’s an old, single white guy from England who’s been travelling or living in Thailand for 30 to 40 years,” Musk wrote, adding that Unsworth moved to Thailand “for a child bride who was about 12 years old at the time,” according to the lawsuit.

Unsworth lives in Thailand with his “significant other,” a 40-year-old woman, and started going to Thailand in 2011 to explore and map caves, the lawsuit said.

Musk’s motion to dismiss argues that the email to BuzzFeed was supposed to be off the record, but the news outlet reported at the time that its reporters had made no such agreement — standard practice among journalists before publishing anything without attribution.

“While many readers criticised Musk for lodging what they understood to be groundless accusations, not a single reader seemed to construe Musk’s statements literally,” Musk’s attorneys wrote.

The attorneys are arguing that reasonable readers would not take any of Musk’s statements as objective facts but rather, “nonactionable opinion.”

“Here, the reasonable reader would not have believed that Musk — without having ever met Unsworth, in the midst of a schoolyard spat on social media, and from 8,000 miles afar — was conveying that he was in possession of private knowledge that Unsworth was sexually attracted to children or engaged in sex acts with children,” according to Musk’s filing.

Musk’s statements were simply “imaginative attacks,” and even if they were offensive, such insults are protected by the First Amendment, the filing said.

″(Readers) contemporaneously recognised Musk’s comments for what they were: over-the-top insults not driven by first-hand knowledge,” it said.