Technology   In Other news  28 Nov 2019  Soon WhatsApp may be able to delete your messages automatically after a while
Technology, In Other news

The world’s most popular private messaging application is set to get more secrecy-friendly for its millions of users, according to a new report.

WhatsApp beta tracking portal WABetaInfo has spotted a new self-destruct messages feature on the application’s beta version 2.19.348. The portal which aggressively tracks WhatsApp beta and its updates reported that the latest version will be able to automatically erase chat messages after a selected duration of time. Currently, only administrators of WhatsApp group chats can use the feature however there is news that it will roll out to private chats as well, soon. 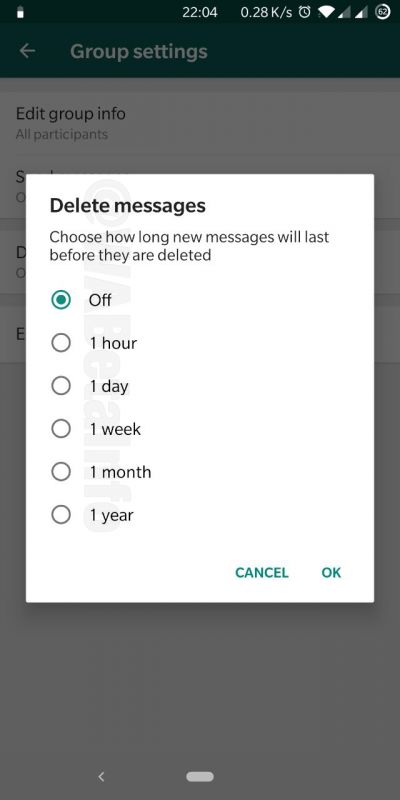 One can download their version from Google’s Play Store should they be a part of WhatsApp’s beta program, however, if they aren’t they can download the APK file online. Existing beta users may also be confused if they aren’t currently able to spot this feature, however since this is only available to group chat admits at the time and is also under development, they should wait.

WhatsApp beta, which created a buzz with its dark mode, is also developing compatibility for this feature on it. Screenshots from which can be seen below. 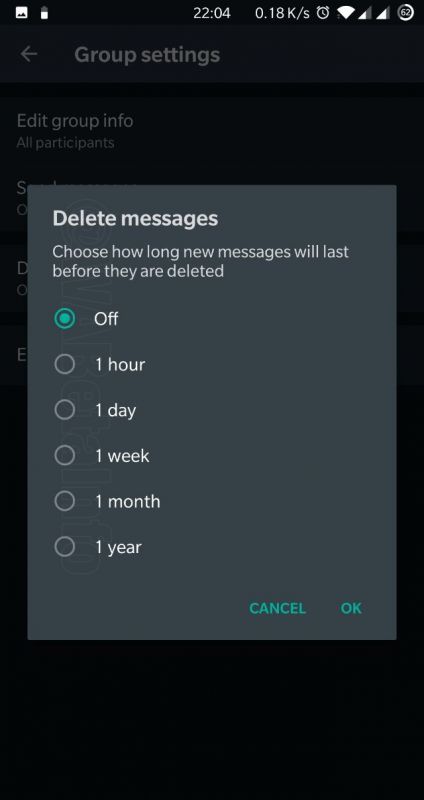 Currently, there is no timeline to how long it will take for the feature to roll out to users on the main application.