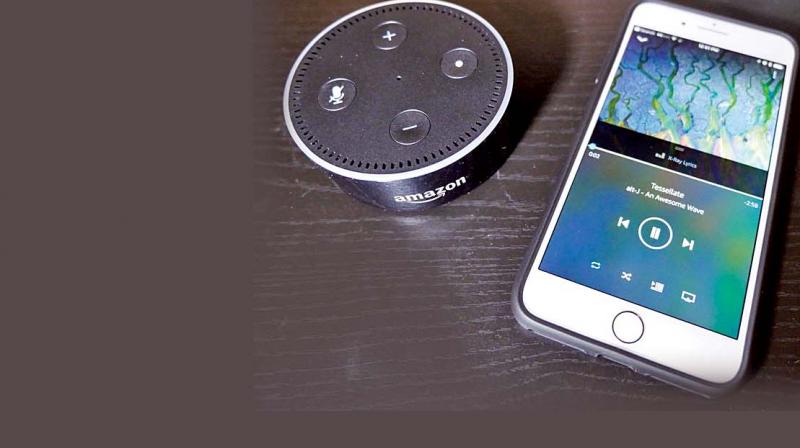 The Alexa- Amazon Music association, which began in September 2017 remained a tap-to-talk function till recently.

You ask it, you get it. Amazon Music has become a place where users can command to get their favourite music played. Alexa, the virtual-assistant of the parent company, incorporated to one of the high-on-demand music station now makes hands-free listening possible on the app. Apart from browsing  playlists, there’s immense potential to explore music based on mood, activity, genre, lyrics, artist and song title. This is on par with Siri and Spotify, which perform similar functions.

“That means, customers can command Alexa to do things like play or pause music, move back and forth between songs, and create playlists, as well as take advantage of Alexa’s more innovative features around playing music by mood, activity, genre, lyrics, artist or song title,” Sarah Perez writes for the tech portal Techcrunch.

The Alexa- Amazon Music association dates back to September 2017. Till recently, it remained as a tap-to-talk function.

Since Amazon has become the ‘third largest music subscription service’ in the world as per reports, the addition gives it an edge over others in the competition.

For the Alexa powered Echo speakers, playing music was one of its primary activities other than bringing weather updates, news to setting reminders and timers.

“However, it does create the kind of harmony that Amazon likely wants if its music services are going to grow. If you have an Echo or another Alexa-powered device, you’ll get a consistent experience when you're switching to your phone,” the portal Engadget analysed.

The job with hands-free function is more comfortable than you can imagine. Don’t bother if you cannot even recollect the lyrics of one particular song that you want to listen, Alexa knows it.

Just utter the bits and bites coming to your mind, the rest is taken care of.  “You can ask Alexa to do things like ‘play the song that goes I’m lovin’ I’m livin’ I’m picking it up and she’ll play Ariana Grande’s latest single, No Tears Left to Cry, Techcrunch quotes Amazon.

If not convinced about it, there is an option to turn off the feature too. Reaching out to the Amazon Music Unlimited and Prime Music users, it has been rolled out on both Android and iOS platforms.