Twitter’s chatbots are talk of the town

A direct Message Card can be used to initiate interactions with the bot. 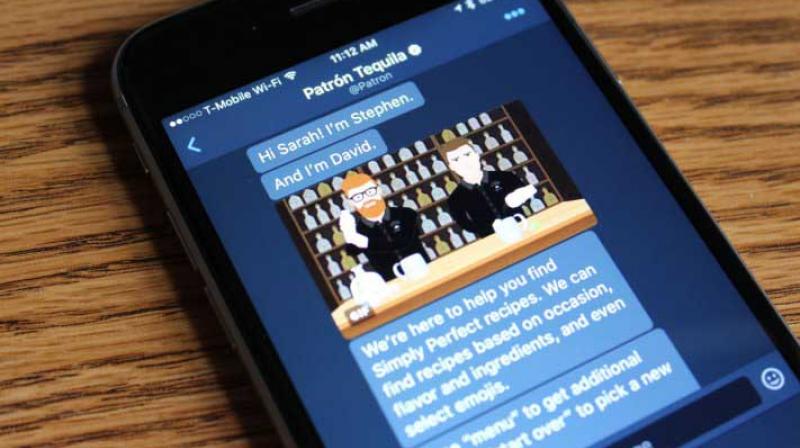 These chatbots have become an inevitable part of 'chat products' such as Facebook Messenger, Telegram and Text Messages.

Chatbots are all the rage today. For the uninitiated, a chatbot is basically a service, which runs on specific rules and is sometimes powered by artificial intelligence. A user can use this service via a chat interface. These chatbots have become an inevitable part of 'chat products' such as Facebook Messenger, Telegram and Text Messages.

Every tech gaint and business enterprise wants their hands on a chatbot of their own. Twitter too has joined the club. This week, Twitter announced a new feature for advertisers. It has just begun to test with chatbots to see if brands will want to use them to promote them through Twitter ads.

This new feature allows businesses on Twitter to promote ads designed to pull customers and give them a personalised experience within its Direct Messaging option. This also includes interactions with chatbots. 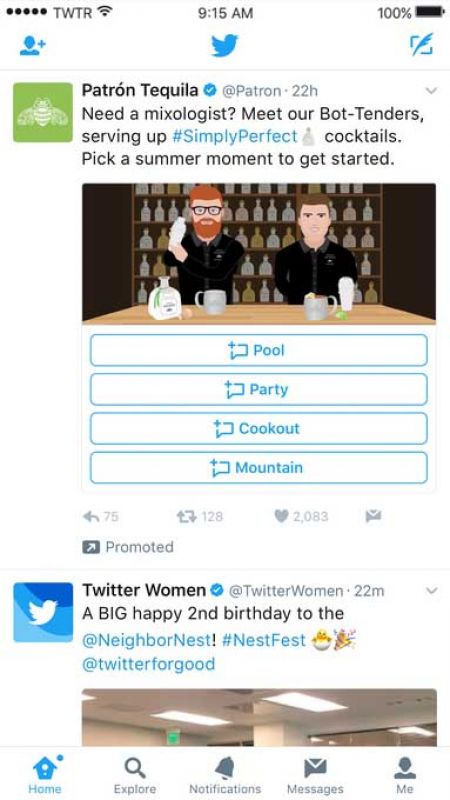 One early adopter of this new feature encourages people to engage with their ‘Bot-Tender’ messaging bot. For instance, this bot will recommend a cocktail after the user answers questions about the occasion or flavour. Such interactions are started via the Direct Message Card.

The Direct Message Card can be customised using a video or an image and has upto ‘four call-to-action’ buttons which help Twitter users to use a brand’s Direct Message. According to Twitter, the intention is to get users to interact with the brand through private messages.

The downside to chatbots is that the level of receptivity from consumers is still uncertain. For instance, some of the first chatbots used by Facebook annoyed users as they felt they were using a messaging version of a call centre phone menu. Chatbots also did not make it easy for users. Despite chatbots’ uncertain future, many companies have invested in this space.