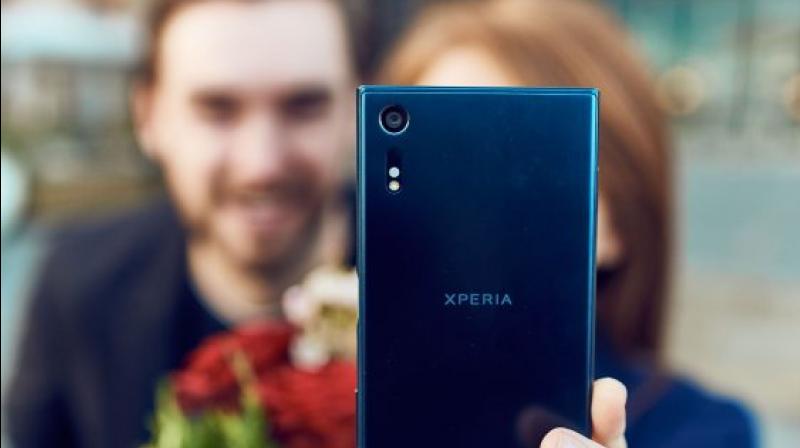 Sony is projecting a three-fold recovery for the fiscal year through March 2018, because of the absence of quake- and movie-related costs, at 255 billion yen ($2.3 billion), although it warned currency fluctuations could hurt results.

Sony reported Friday a January-March profit of 27.7 billion yen ($250 million) on the back of healthy sales of image sensors, PlayStation 4 game software and batteries for mobile devices, marking a recovery from its red ink a year ago.

Tokyo-based Sony had an 88 billion yen loss in the same period last year, although that was a fraction of the red ink it had posted in years before as it contended with competition from rivals like Apple and Samsung in smartphones and other electronics devices. Quarterly sales rose 4.4 percent to 1.9 trillion yen ($17 billion).

For the fiscal year through March, Sony's profit fell 50 percent to 73.3 billion yen ($660 million) from 148 billion yen, partly because of costs related to repair of damage from a major earthquake that hit southwestern Japan in April 2016. The quake shut down Sony's semiconductor manufacturing facility. An unfavorable exchange rate also damaged Sony's results.

Also hurting the annual results was the write-down Sony took earlier this year on its movie division, or what's called "goodwill impairment," stemming from its acquisition of Columbia Pictures in 1989.

Sony is projecting a three-fold recovery for the fiscal year through March 2018, because of the absence of quake- and movie-related costs, at 255 billion yen ($2.3 billion), although it warned currency fluctuations could hurt results.

Sony has been reshaping its business by focusing on high-end cameras and video games. It has already sold some assets, including its Vaio personal computer business. Its TV division lost money for years but has recently recovered.

In its movie business, "Resident Evil: The Final Chapter," released in the January-March quarter was one of its biggest successes in recent quarters, especially with the international box office. Best-selling titles for the year in its music division included Beyonce's "Lemonade" and Sia's "This Is Acting."