Technology   In Other news  28 Mar 2020  Microsoft to stop funding facial recognition startups, divests from firm whose tech is used by Israeli military
Technology, In Other news

As a minority investor, Microsoft does not have enough oversight to ensure that the startup’s tech is not used for mass surveillance 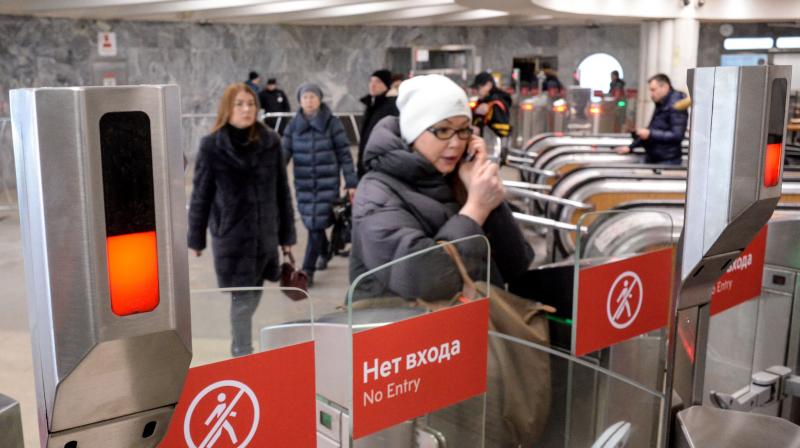 In this representative image, commuters walk through ticket gates equipped with facial recognition systems at a metro station in Moscow on January 27, 2020. (Photo | AFP)

Redmond: Microsoft said Friday it is pulling its investments from a facial-recognition startup that scans faces at Israeli military checkpoints, even though the tech giant couldn't substantiate claims that the startup's technology is used unethically.

AnyVision had announced a $74 million investment in June from a group including Microsoft's venture capital arm. The firm and its Microsoft backing attracted public scrutiny as the Israeli military installed face scanners at border crossings where Palestinians enter Israel from the West Bank.

Holder's team was asked in October to determine whether AnyVision's technology applications comply with Microsoft's ethical principles against using facial recognition for mass surveillance. Microsoft and AnyVision jointly announced Friday that the audit didn't substantiate any breach of Microsoft's principles.

A statement from the Washington-based law firm Covington & Burling, where Holder works, said that available evidence “demonstrates that AnyVision's technology has not previously and does not currently power a mass surveillance program in the West Bank that has been alleged in media reports.” The law firm said the audit included a review of accounting records and a site visit to AnyVision’s facilities in Holon, Israel.

But Microsoft also said Friday it is still divesting its stake in the startup, and will stop making minority investments in companies that sell facial-recognition technology.

The company based in Redmond, Washington, said that the audit underscored the challenges of being a minority investor in a company selling sensitive technology because it may not have enough oversight or control over how the technology is used.

AnyVision has previously said its technology is used at border crossings similarly to how facial recognition is used at some airports.