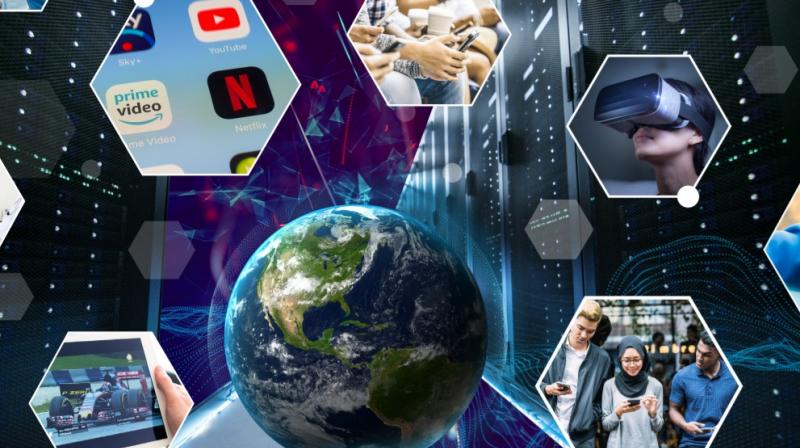 While consumers like us, in the 5G phone era will demand the zippy speeds of SSDs, enterprises still overwhelmingly bank on good old hard drives.

A recent study by analysts at IDC, suggests that we are headed towards a data-driven world, always on, always tracking, always monitoring, always listening, always watching and learning. Scary? Shades of 'Big Brother is Watching You'? Get used to it: the digitization of the world has begun. In 2019: we'll be generating and consuming even more data than before.

They tell us the entertainment industry is at DATACON 2: Moviemakers are discovering that creating something virtually, is cheaper than creating the real thing … eventually eliminating the need to work with cranky live actors and actresses. It's all data, dear!
MRI scans have more images with thinner slices and 3D capability... from 2,000 images to over 20,000 today, for an MRI of a human head. More data.

Finds IDC: More than 5 billion consumers interact with data every day and by 2025, that number will be 6 billion, or 75% of the world's population. They're calling it the Global Datasphere and it will grow from 33 Zettabytes (ZB) today to 175 ZB by 2025.  Zetta is one followed by 21 zeroes.

Seagate who sponsored the IDC study identifies three types of storage for all this data: solid state drives (SSDs) as found in phones, laptops and tablets; hard disk drives (HDDs) as PCs still use -- and Solid State Hybrid Drives (SSHD). They use solid state to deliver blazing speed and bundle it with hard disks for low cost and high capacity.

While consumers like us, in the 5G phone era will demand the zippy speeds of SSDs, enterprises still overwhelmingly bank on good old hard drives. And a masala mix of the two is taking us at breakneck speed into a zettabyte world. Fasten your seatbelts!