PES is going after esports by incorporating various tournaments for 1v1 or even 3v3. 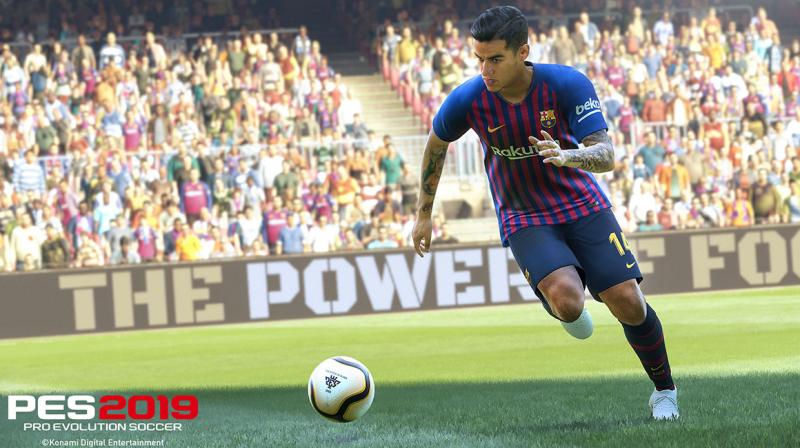 While they do not have the UEFA license, they are holding out due to the strength of the gameplay that has been the backbone of the franchise for a while now.

I attended a presentation for Pro Evolution Soccer 2019 at Gamescom. It was a mixture of all the new features Konami was bringing to the game, in addition, some new partnerships and details regarding what all they had upgraded.

They notified us that they had secured a partnership with AC Milan, which would give them access to the legends of the team. Teams like Schalke and Celtic had undergone full 3D scans of the players as well as the stadium. The latter was scanned to the minutest of details and it was a full 1 to 1 recreation of the arena. Every single part of the stadium, including changing rooms, tunnels and special designs were all a part of the game.

For PES 2019, they worked on myClub and Master League the most. myClub would now have a featured player, which will be cycled weekly and will be based on their real-life performances. Legends were a big part of this mode and players like Beckham and Romario will be exclusive to PES. Other legends such as Ronaldinho, Figo and Owen will all be a part of the game. They chose this opportunity to reveal a limited David Beckham edition of the game.

Coming to gameplay, the first touch will now be more important than ever. How you get the ball, which part of the body you receive it on and your directions will all determine whether you have control or not. They pride on player individuality, which will be enhanced this year. You will have access to new skills such as Firmino’s no-look pass or Coutinho’s special shot. In addition, ball physics and dribling will also be improved.

PES 2019 will come with new shooting mechanics. New shots like the dipping and rising shot are added to the game and position will, of course, play a key role in how you take the shot. Players will now get actually tired thanks to the Visible Fatigue system. It is not only cosmetic but has a massive impact on gameplay. For example, if you make a player sprint around, after 70 minutes they will be exhausted won't be able to perform properly. By doing this, you will also be increasing the chances of an injury. Quick subs are a part of the game and will allow you to swap players without going into the menus.

PES is also going after esports by incorporating various tournaments for 1v1 or even 3v3. National finals are back in addition to regional finals. At the end of the presentation, they promised that regular updates, called Data Packs, will be a part of the game that will come with things like new stadiums.

Along with the overall presentation, Konami is trying hard to improve the social aspects of the game by focusing on myclub and marketable legends as well as esports. While they do not have the UEFA license, they are holding out due to the strength of the gameplay that has been the backbone of the franchise for a while now. Hopefully it’s enough to keep fans happy without licenses, but of course, community mods usually fix that with one quick download.