The Fappening’s list of celebrities whose private pics got leaked

The Fappening started in 2014 when a hacker managed to access the iCloud accounts of several celebrities. 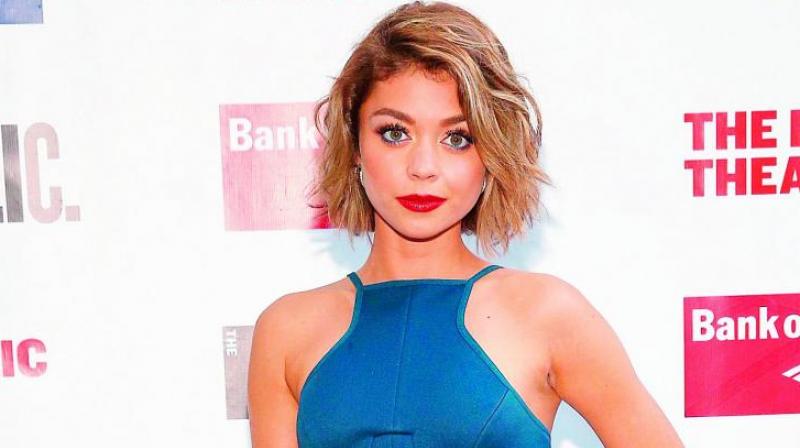 This whole reboot started when Modern Family star Sarah Hyland got hacked and her nude photos were posted online by an unnamed hacker in July,

The original Fappening scandal which occurred in 2014 is now getting a new reboot this year, as several celebrities’ accounts were hacked recently, with their nude photos being posted online this week despite threats of legal action against whoever publishes and spreads the X-rated content.

This whole reboot started when Modern Family star Sarah Hyland got hacked and her nude photos were posted online by an unnamed hacker in July, and also false claims of an impending leak involving Kylie Jenner and Victoria Justice also surfaced, although no pictures ended up online.

However, yesterday, a fresh batch of nude pictures went live on a series of websites, with the list of impacted celebrities including former Miss England and Miss Great Britain Danielle Lloyd and American actress Anne Hathaway. No details were provided as to how the hacks happened and how the photos were stolen, but there is a good chance that it all took place through compromised iCloud accounts.

The Fappening started in 2014 when a hacker managed to access the iCloud accounts of several celebrities, stealing photos which were taken with iPhones and then uploaded to the cloud, either or automatically by their devices for backup purposes.

More celebrities have joined this year’s list of the Fappening, with the list expanding with Lindsey Vonn, Miley Cyrus, Kristen Stewart, and Tiger Woods. Miley Cyrus has been targeted as a part of a different photo leak as well alongside Victoria’s Secret angel Stella Maxwell, currently dating Kristen Stewart. Also, pictures of more stars reached the web, this time with Nicole Scherzinger and Dakota Johnson being seen in X-rated photos.

According to a report from British media that 2 different top TV stars in the United Kingdom have appeared in photos published on X-rated websites, though their names were not disclosed.

In majority of the cases, the aforementioned celebrities threatened with legal action whoever posts the pictures and helps spread them online, but it seems that removing the content is impossible, as the photos are still available at the time of publishing this article.