Technology   In Other news  27 May 2020  Amazon trucks could soon be self-driven: Ecommerce giant may buy robo-taxi startup Zoox, says WSJ
Technology, In Other news

Zoox was founded in 2014 with a mission to build a “fleet of fully autonomous, battery electric, zero-emission vehicles". 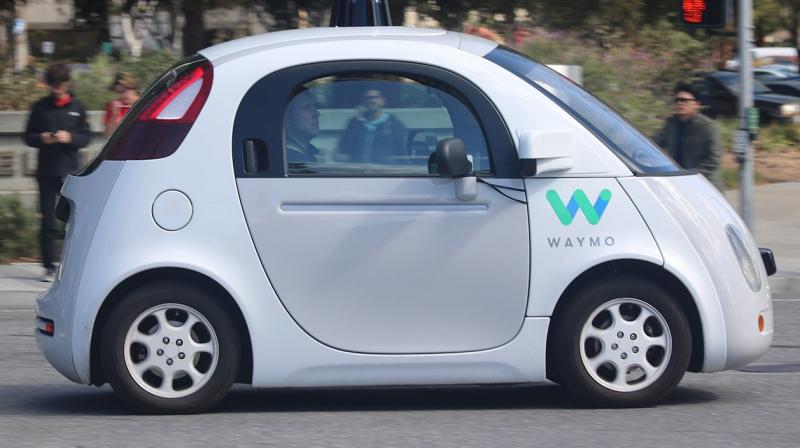 A Google Waymo self-driving car on the road in Mountain View, California, USA. Google, Uber, Tesla and major car makers such as BMW, Toyota, Volswagen as well as several Chinese companies have been investing in technology that eliminates the need for humans to navigate vehicles. (Photo | Wikimedia Commons - Grendelkhan)

San Francisco: Amazon is in talks to buy robo-taxi startup Zoox, accelerating its efforts when it comes to self-driving vehicles, the Wall Street Journal reported on Tuesday.

Amid reports of taxi aggregators such as Uber and Ola retrenching as many as 2,000 staff, and Ola CEO declaring to employees that the future of the business is looking bleak, a shift to self-driven taxis in the age of physical distancing brought on by the COVID-19 pandemic seems inevitable.

Google’s parent Alphabet, Uber, Tesla and major car makers such as BMW, Toyota, Volswagen as well as several Chinese companies have been investing in technology that eliminates the need for humans to navigate vehicles.

Amazon has its own team in the race and is said to be pursuing the technology with an eye toward using it in trucks moving goods for the e-commerce colossus.

Amazon and Zoox are in advanced negotiations of a deal that would value the startup at less than the $3.2 billion it was estimated to be worth in a funding round two years ago, the Journal reported, citing unnamed people with knowledge of the matter.

The take-over talks could yet break down, according to the report.

Based in Foster City near San Francisco, Zoox was founded in 2014 with a mission to build a “fleet of fully autonomous, battery electric, zero-emission vehicles that are purpose-built and optimized for ridesharing in cities.”

Zoox late last year targeted Las Vegas as a market for an “autonomous driving fleet and service” by vehicles that could be summoned using a smartphone app, according to its website.