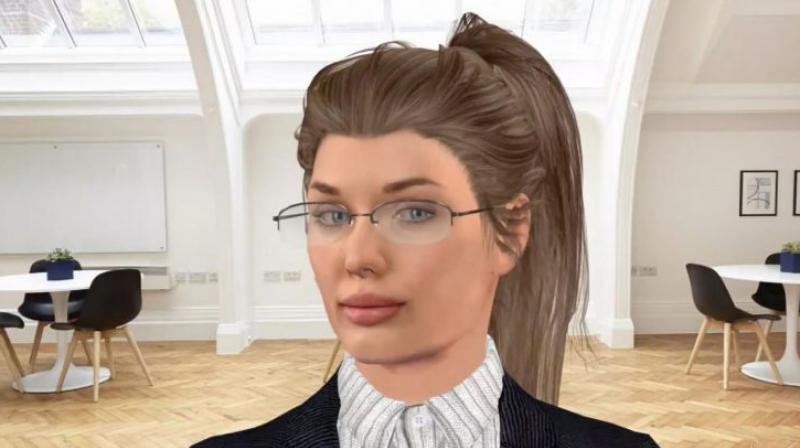 You have a telephone interview for your dream job, and you're feeling nervous. You make yourself a cup of tea as you wait for the phone to ring, and you count to three before picking up.

"It's machine learning," Kostarev said, as he explained that his firm programmed Vera using 1.4 million interviews, as well as Wikipedia and 160,000 books.

When Vera first started conducting phone interviews, she followed a script, but that has since changed. "Vera understands the kind of answers candidates give," Moscow-based Kostarev told AFP by phone. And while robot recruiters will appeal to companies trying to keep costs down, there may also be another, more subtle advantage.

"When (candidates) give feedback on a job offer, for example, they (say) more honest things they would not tell ... a human," Kostarev said. Stay says Robot Vera currently has 200 clients, major companies which then take the selected job candidates through conventional interviews and final selection.

More broadly, human resources specialists are looking to AI solutions to speed up recruitment processes as a whole. US company ZipRecruiter is touting a real-time selection service, with each job offer posted immediately on as many as 100 websites.

In the blink of an eye, its algorithm then trawls through the 10 million jobseekers who have registered with ZipRecruiter to see which best suit the job description.
The prospective employer then gets a shortlist of the top candidates, making recruitment a far less time-consuming exercise.

Ian Siegel, head of ZipRecruiter, told AFP the system works well because "employers aren't great at describing what they want but they know what they want when they see it".

Algorithms get better and better over time at detecting what kind of profile companies are looking for, as human resources staff give a virtual thumbs up to their preferred candidates.

So far so good, but of course there are concerns. For one, the algorithms are learning so fast it is hard to work out how they make such crucial choices. There is also a fear that the robots cannot remain immune to weaknesses such as bias or prejudice -- when all their learning comes from humans.

ZipRecruiter is trying its best to take the risk of bias into account in its algorithms.
But "the thing is, the algorithm is so sophisticated, there are so many different pieces of information, we can't reverse engineer exactly how it's coming up with the matches," Siegel said by phone.

Jeremy Lamri of the Paris-based association of human resources start-ups called LabHR said one way to counter this risk is to dial down the AI in the system.

"It is enough to tell the machine what to look out for; there is no need for machine learning in this," he said. Technology is developing all the time as employers look for candidates with soft skills such as learning capacity, adaptability, and the ability to work well in a team.

"If tomorrow someone invents a scanner which can tell simply by looking into your eye whether you can perform well in a job, then I would think most (companies) would adopt it," said Lamri. But if machines can make the initial selection, it should always be up to human beings to make the final choice, said Laurent da Silva, head of Adecco recruitment units Badenoch & Clark and Spring.

"AI can help facilitate meetings, but at the end of the day, it takes two real people to tango."