The decision to block Uber Technologies Inc’s is a blow to the ride-hailing company. 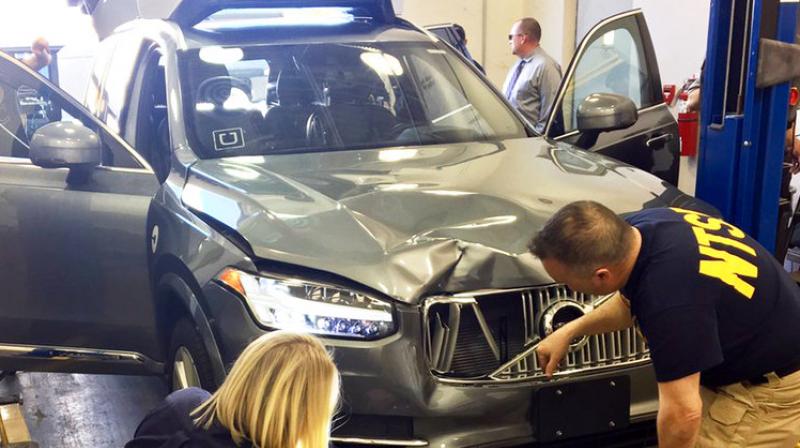 Arizona had been a key hub for Uber, with about half of the company’s 200 self-driving cars and a staff of hundreds.

The governor of Arizona on March 26 suspended Uber’s ability to test self-driving cars on public roads in the state following a fatal crash last week that killed a 49-year-old pedestrian. The decision to block Uber Technologies Inc’s is a blow to the ride-hailing company, which sees its future success reliant on driverless vehicles, and trails competitors such as Alphabet Inc’s Waymo in developing the technology.

Arizona had been a key hub for Uber, with about half of the company’s 200 self-driving cars and a staff of hundreds.

In a letter sent to Uber Chief Executive Dara Khosrowshahi and shared with the media, Governor Doug Ducey said he found a video released by police of the crash “disturbing and alarming, and it raises many questions about the ability of Uber to continue testing in Arizona.”

Police and safety regulators are investigating the March 18 fatality in which a woman crossing a four-lane road at night was struck and killed by an Uber self-driving SUV. The incident has focused new attention on the lack of clear safety standards for such vehicles.

“In the best interests of the people of my state, I have directed the Arizona Department of Transportation to suspend Uber’s ability to test and operate autonomous vehicles on Arizona’s public roadways,” Ducey said.

The letter strikes a dramatically different tone from late 2016, when Ducey invited Uber to his state with celebration, saying “Arizona welcomes Uber self-driving cars with open arms and wide open roads.” At the time, a banner was hung on a building in Phoenix welcoming Uber.

Uber moved its driverless cars to Arizona from San Francisco after California regulators shut down the self-driving fleet for not having the proper permits.

Uber, which had already pulled its self-driving cars off the road after the accident, said in a statement on Monday that it will “keep a dialogue open with the Governor’s office to address any concerns they have.”

Software would have seen pedestrian in Uber fatality

The head of Mobileye said its computer vision system would have detected the pedestrian who was killed in Arizona by a self-driving Uber vehicle, and called for a concerted move to validate the safety of autonomous vehicles.

Amnon Shashua, chief executive officer of Mobileye, the vision system company owned by Intel Corp, in a blog post also criticized “new entrants” in the self-driving field that have not gone through the years of development necessary to ensure safety in the vehicles.

Police and safety regulators are investigating the March 18 fatality in which a woman crossing a wide roadway at night was struck and killed by the Uber self-driving test vehicle. The incident has focused new attention on the safety and validation of such vehicles.

Mobileye said it took the dashboard camera video released last week by police and ran it through Mobileye’s advanced driver assistance system (ADAS), a building block of even more sophisticated full self-driving systems that is currently found in 24 million vehicles around the world.

Despite the low quality imaging from the police video, Mobileye’s ADAS technology was able to detect the pedestrian, Elaine Herzberg, and the bicycle she was pushing across the road “approximately one second before impact,” Shashua wrote in the blog, which was published on Intel’s website.

Uber has not said whether the sensors in its self-driving vehicle detected Herzberg in the seconds before the accident.

New developments in self-driving technology and a host of new entrants in the field wrongly give the impression that “the decade-plus experience of incumbent computer vision experts should be discounted,” Shashua wrote.

“Experience counts, particularly in safety-critical areas,” Shashua wrote in a veiled reference to Uber, which only began to develop its self-driving program in 2015.

Mobileye’s CEO has previously argued for a formal model for “provable safety assurances” that all self-driving companies could use to validate the safety of their systems and ensure their vehicles do not cause accidents.

“I firmly believe the time to have meaningful discussion on a safety validation framework for fully autonomous vehicles is now,” Shashua wrote.